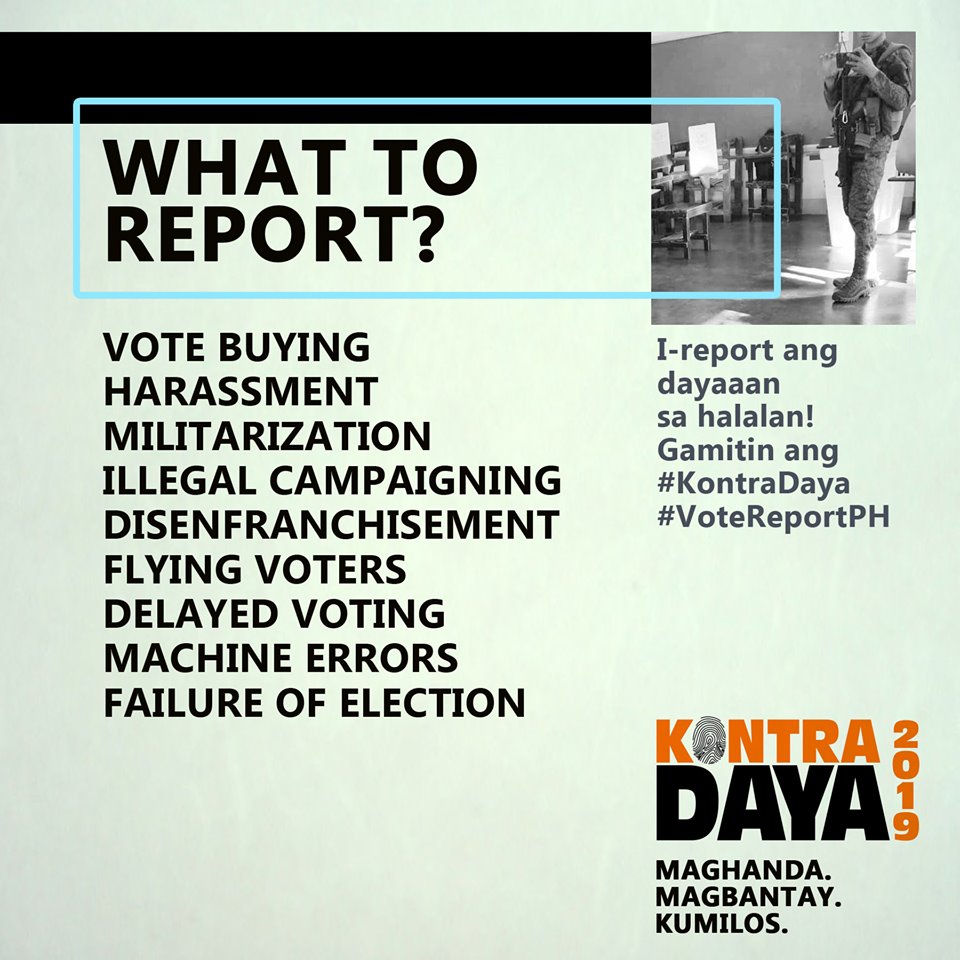 I will be at Kontra Daya Election monitoring center. One can report incidents on vote-buying, harassment, illegal campaigning, malfunctioning Vote Counting Machine (VCM), and Voters’ Registration Verification Machine Procedure Complaint. Reports must include: time of incident, location (Polling Center, Municipality, and Province), a detailed report, and photo (if sent online). Hotline number is 0918-4058441 Netizens need to use hashtags #KontraDaya and #VoteReportPH and tag Kontra Daya online through facebook.com/kontra.daya and twitter.com/kontradaya. One can also email [email protected] or tag me at @momblogger on twitter with #juanvote hashtag. While taking photos inside the precincts is prohibited by law, one can use mobile phones discreetly to capture vote-buying, illegal campaigning, and similar incidents.

REPORT ANY INCIDENT THAT VIOLATES THIS GENERAL RULE: All eligible voters have a right to vote freely and to have those votes counted quickly and accurately to determine the winners in the electoral contests.

Hotline number is 0918-4058441 Netizens need to use hashtags #KontraDaya and #VoteReportPH and tag Kontra Daya online through facebook.com/kontra.daya and twitter.com/kontradaya. One can also email [email protected]

Will update with other hotline numbers 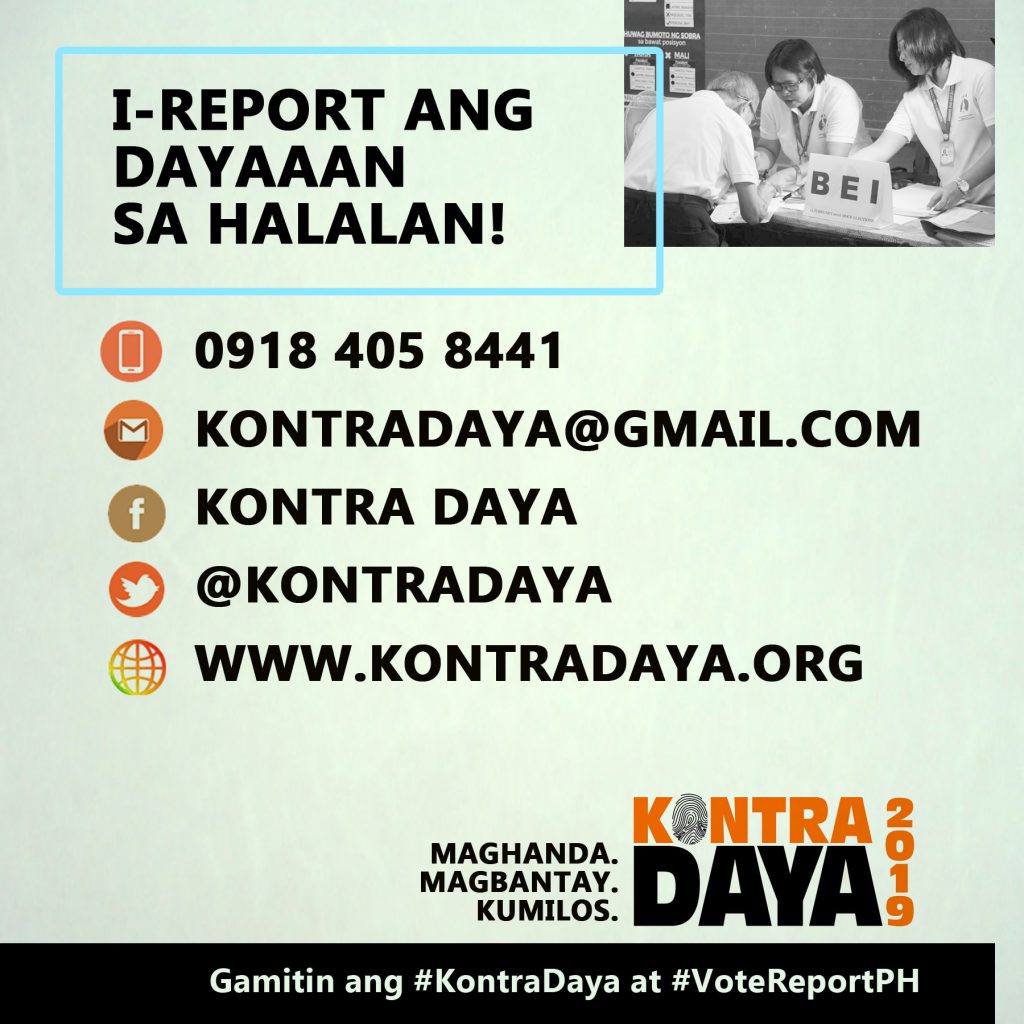