BlogWatch is a member of the Consortium on Democracy and Disinformation, represented by its two co-founders, Noemi Lardizabal-Dado and Jane Uymatiao. The consortium, a network of journalists, academics, bloggers, and other independents across the country, has been conducting national and regional conferences and workshops on disinformation. On the occasion of the arrest of Maria Ressa of Rappler last February 13, 2019, the consortium, together with its partners and other individuals, has released its own statement. This post will be updated as more signatories sign on.

JOINT STATEMENT ON THE HARASSMENT OF MARIA RESSA

The members and partners of the Consortium on Democracy and Disinformation strongly denounce the continuing harassment of Rappler editor Maria Ressa and the news organization she leads. Her arrest on February 13, 2019 is a betrayal of the guarantees of press freedom and freedom of expression enshrined in the Constitution. More, its callous execution is an indictment of a weakened justice system; its devious grounds a dangerous fabrication that affects not just journalists, but everyone.

• The President’s threats against a TV network and a newspaper;
• His declaration that press freedom is not a right but a privilege;
• His abusive language directed at journalists;
• The threatened disenfranchisement of media organizations;
• The swarming by bots and trolls of critical or independent voices on social media;
• The distributed denial-of-service attacks on progressive news sites;
• The blacklisting of reporters from coverage of the presidential palace;
• The sidelining or unseating of independent government officials;
• The continuing attempt to change the Constitution or expand martial law or lay the groundwork for a revolutionary government

—These, and more, are the larger context for the attacks on Rappler.

The administration has sought to revoke Rappler’s corporate license, manufactured tax evasion charges against it, and manipulated the legal process to file a now-notorious cyber-libel case. This is state harassment of a crucial news source, one that has reported deeply on the extrajudicial killings caused by an extremely violent campaign against illegal drugs, provided incontrovertible proof of organized disinformation in the digital space, and fact-checked dubious pro-administration claims on Facebook.

The Constitution guarantees the right of a news organization like Rappler to do all these and more; the arrest is only the latest installment in a series of attacks against the guaranteed rights of a free press and of free speech. But the way the arrest was effected—at close of business hours, on only the second day of a 10-day window, and based on a warrant prompted by an inexplicably revived case—suggests that the justice department intended to harass a citizen of the republic. The incomplete nature of the arrest warrant issued by a Manila court and the refusal of a Pasay night court to accept the plea to post bail show that a frail and compromised justice system failed to help that citizen, when that citizen most needed help.

Worst of all, the extreme legal theory the National Bureau of Investigation used to charge Ressa—that of “continuing publication” in a website—is fundamentally unjust and highly dangerous; it opens every person who posts online or on social media to the legal absurdity of a prescription-less crime of libel. This is useful for authoritarian regimes; it is anathema to democracies.

To all these attacks, the response is as urgent as it is clear: Fight back, to defend democracy.

In this time of peril, the members and partners of the Consortium on Democracy & Disinformation—a network of journalists, academics, bloggers, and other independents across the country—stand with Maria Ressa, Rappler, and Philippine democracy. 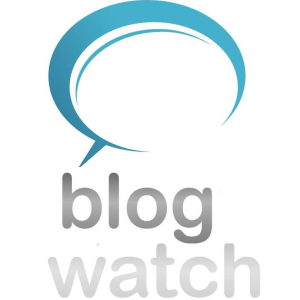 Noemi Lardizabal-Dado is a Content Strategist with over 11 years experience in blogging, content management, citizen advocacy and online media publishing and over 21 years in web development. Otherwise known as @MomBlogger on social media, she believes in making a difference in the lives of her children by advocating social change for social good. She is a co-founder and a member of the editorial board of BlogWatch. She is a resource speaker on social media , blogging, digital citizenship, good governance, transparency, parenting, women’s rights and wellness, and cyber safety. Her personal blogs such as aboutmyrecovery.com (parenting), pinoyfoodblog.com (recipes), techiegadgets.com (gadgets) and beautyoverfifty.net (lifestyle) keep her busy outside of BlogWatch. Jane T. Uymatiao is known as @citizenjaneph. She spent more than 15 years as an IT auditor/consultant at an accounting firm and another 2.5 years as VP-Head of a bank's Corporate Planning Division. She has been blogging for about 12 years now and is one of the early adopters of social media. She believes in active citizen engagement pushing for transparency and good governance and is regularly tapped to speak on social media, digital citizenship and parenting in the digital age. Jane is a co-founder of BlogWatch and is a member of its Editorial Board. Her personal blogs are: yoga and wellness (yoginifrommanila.com), tech (titatechie.com), lifestyle (philippinebeat.com), and personal (janeuymatiao.com)

PrevPreviousDefend Press Freedom: Fight for truth, justice and freedom
NextWhy the arrest of Maria Ressa is worrisome and why we need to speak upNext