2.. SEN. JOKER TO KIM HENARES: “The ITRs are confidential. Why were they released? We should caution both prosecution and defense not to release documents until they are offered as evidence.” TUPAS: “We haven’t released them. We released the Bellagio documents only.” SEN. PIA: “But I saw people flashing these on tv. Using them for the media is deceiving the public.” ENRILE: “Release of the documents could be a basis for mistrial.”

3. ESCUDERO: “Should there be only one specific complaint for each of the 8 hhis appointment? ENRILE: “That’s for advicement. No definitive ruling on that.”

4. WITNESS KIM HENARES: “Corona’s daughter is not capable of buying the property.” CUEVAS: “That’s your opinion, and it’s not allowed.”

1. ALAN CAYETANO: “The alleged ill-gotten wealth is explainable. There’s presumption of innocence. The burden is on the prosecution to prove otherwise.”

2. CUEVAS: “There is nothing in their complaint about acts constituting a violation. Misleading questions. (smile impishly)

3. 3. JUSTICE CUEVAS, asking witness Kim Henares about her meeting with the Palace to seek authority to release Corona’s ITRS: “Did they tell you “Durugin mo si Corona?”

4. ENRILE: “Incapacity to buy is not absolute evidence of ability to purchase.”

5. HONASAN: “The trials outside proceeds faster than inside this court.” What about the presumption of innocence of the respondent, and the honor and reputation of the family of the respondent?

7. ENRILE’S LECTURE TO TUPAS: “Specify documents to be requested from the banks. You were requesting all kinds of documents from real estate developers. You give the impression that you are fishing for evidence.”

2. ENRILE: “Witnesses to be called later should be placed in a CONFINEMENT AREA so they won’t hear. ESTRADA: May TV ba dun sa confinement area?

3. I wonder why documents are marked Quintuple C, Quintuple F, etc. as I don’t remember those marked as Quadruple in previous days.

4. CUEVAS TO WITNESS KIM HENARES: “Were you in conference with Tupas?” KIM. Yes, I met HER in one of the meetings.” Confirmed! 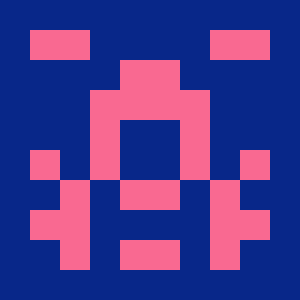