How do we protect ourselves in the post-Cambridge Analytica world? 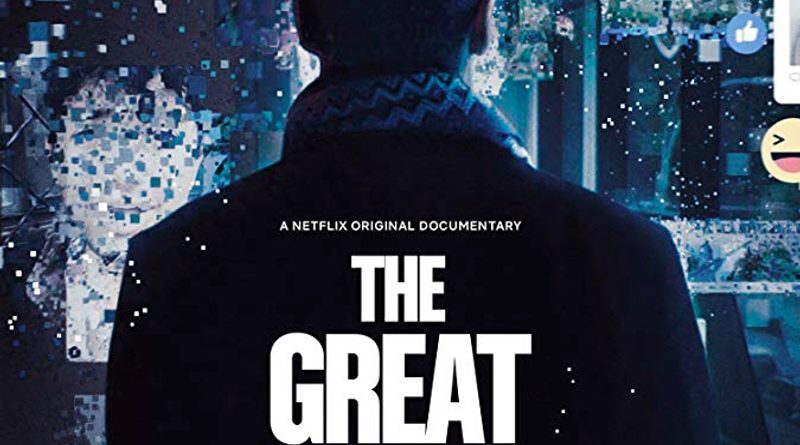 Have you watched Netflix’s “The Great Hack”?  The film is a compelling documentary on the Facebook-Cambridge Analytica data scandal. After watching the film, I hope more people realize data rights are human rights. Cambridge Analytica, a now-defunct British political consulting firm, harvested information from millions of Facebook users and their friends through a personality questionnaire.

At the center of the film is Brittany Kaiser, a director of business development when she left Cambridge Analytica in 2018, who blew the whistle on her employers’ connections. The documentary also touches on David Carroll, a professor of media design at The New School in Manhattan, who launched a legal campaign in the United Kingdom to force Cambridge Analytica to reveal their “data report” collected on him. I became even more concerned about my data rights after reading the inside story of  Kaiser in her book, “Targeted,” on “how big data, President Trump and Facebook broke democracy and how it could happen again.”

The data report reminds me of a similar request I asked from Facebook on April 16, 2018. I am one of the 1.175 million Filipinos and among 87 million users worldwide whose data was improperly shared by Cambridge Analytica. I did not log in to the Is Your Digital Life app before Facebook removed it from their platform in 2015 but a friend of mine did.  The film often mentions “Data rights are human rights”. According to Aaron Lathrop-Melting from the Center of Human Rights Education, the norm of personal data rights as human rights was institutionalized by the United Nations ten years before Google’s founding. I know my rights.

Facebook did not give me the means to determine which messages were accessed so I requested help from the National Privacy Commission (NPC) to compel Facebook to reveal it to me. Filing a letter at the Complaints and Investigations Division of the NPC was the only way to know the data collected.  I requested from Facebook the following:

1. May I know the name of the Facebook friend who logged into “This is your Digital Life” and may have shared my public profile, page likes, current city, hometown and messages to Cambridge Analytica?

2. May I know which messages were compromised?

NPC conducted an “Order to Confer for Discovery” three months later but Facebook never showed up. I was informed on March 2019 that they submitted my case for resolution. Just like me, Carrol never got that data report either. Most likely, I would find out more from Kaiser who released a data dump early this year. Links to documents are published through a Twitter account called @HindsightFiles. As of this writing, files on Brazil, Kenya, Iran, Malaysia, and John Bolton, former Assistant to the President for National Security Affairs could be downloaded. One could also find the documents at TheGreatHack.com/Hindsight-Files. I am hoping documents on the Philippines would be released soon. Kaiser revealed these documents to help people realize how easy it is to be manipulated on the internet and other communication platforms. This would help increase awareness on internet tracking and data exchange for services like those used by Facebook, Google, Twitter and other platforms which use social networking or ad-based infrastructures as revenue streams. As reported by the Guardian, tens of thousands of documents would soon be exposed detailing the work of this global operation involving at least 68 countries, used to manipulate voters on an industrial scale.

Even if Cambridge Analytica closed operations, other firms could also misuse our data.

They could target each one of us. How do we protect ourselves and our democracy? While we should hold companies to make the ethical choice, we couldn’t wait for them to shape up. Kaiser suggests “we stand up, speak out and act”. Start today. One recommendation is to become digitally literate. We must educate ourselves and understand how data is collected, where it goes, where it’s held, and how it could be used against us or for good.

Check the website of the Center for Humane Technology (humanetech.com) and Electronic Frontier Foundation (eff.org). Second, ask regulators to hold abuses of power to account. Brazil imposed a $1.6-million penalty on Facebook Inc. for unlawful data sharing of 443,000 users in Brazil. Are we not penalizing Facebook considering 1.7 million users were affected in the Philippines, second only to the US? Another call to action is to make ethical choices in your digital life. Healthy skepticism demands evidence. Some tips cited by Kaiser is to question negative articles and refrain from sharing messages that incite anger or fear.

Taking charge of our digital lives is a start. And it doesn’t end there. Aside from owning our data, we need to demand transparency from tech companies and protection from our government. Together, we could work on this.