I cannot be silent 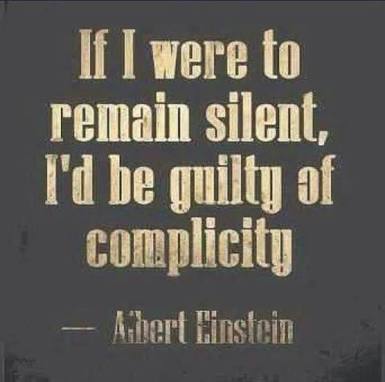 “You know the feeling na you are not doing what you believe you are supposed to do? They made me cover senate hearings, the Asean Summit, even Indie film festivals. Then i started to have sleepless nights. Hindi na lang kasi ito beat sa akin. Kaya i continued to cover it outside of my work.”

The lines of my good friend Mae Paner hit a chord in my heart as she played a photojournalist role  in the segment of Tao Po:(Monologues on Extrajudicial killings) . It left me teary-eyed

See, I wanted to give the President a chance to carry out his campaign promises, after all he is our President. Yet, as a blogger and advocate. I was in a quandry. How could I continue to talk and cover the ASEAN 2017 events with the President as an ASEAN Chair without citing the high number of deaths and human rights violations in this war on drugs? My heart and conscience could not take all these killings and it was time to speak up especially for the children.  I felt I was not doing enough as a Human rights advocate. I am not doing what I believe I am supposed to do as a Human Rights Defender.  Yes, I wrote about “Helping our Children with cope with violent graphic images from this War on Drugs.”  and I tweeted about the extrajudicial killings but it was not enough. I felt I was not as hard-hitting as I should be.

I am just a citizen making sure our President does his job well. ..whoever the President is. https://t.co/RrABeBU1V0

Then the news of Kian delos Santos death happened. When the unthinkable and the unspeakable happens like the death of a child especially one that has been killed in the custody of the police, who wouldn’t feel outraged by it all ? The death of a child under police custody caused a huge outrage because the police is supposed to protect our children. Is this what the police means on its motto to “serve & protect” the people? Raffy Lerma, the photojournalist who inspired the role that Mae Paner played “why only now? there have been many deaths?…so many”.  An advocate ‘s biggest fear ” is the slow but seemingly inexorable desensitization that is happening because of everyday exposure to not just one but multiple killings daily. ”

Like many citizens, we wanted to give the President a chance to carry out his programs. I guess when there is proof, it is easier to stand up and shout “Enough is enough”. As I write this, 13-year-old Jayross Brondial is killed, believed to be mistaken for a drug personality who lived nearby and who wore a similar pair of dark blue shorts and hat.

Our kids don’t have a voice unless an adults speaks up  for them. I would like to affirm what my friend , Inday Varona said over a year ago when the number of deaths were a lot lesser than it is today.

I do not divide the world into my enemies and my friends.
I will stand up for the rights of even a person with diametrically opposed views if these rights are violated.
I will speak out against murders, extrajudicial killings, vigilante killings, killings by addicts …
Yes, I will speak out for the right of suspects, especially when death deprives them of the right to due process.
To stand up for their rights is not to trample on the rights of all the victims of crime. They need to be arrested, prosecuted, convicted. The police ranks need to be cleansed of corrupt law enforcers because until you do, they will be doing enforcing work for criminals.
The police also need to be trained better at building up their cases — because not all dismissals are due to corrupt judges.
You cannot scream about a rotten justice system and then endorse the very same actions that have added to the rot.
I will keep on reminding the government that it cannot shrug off these killings.
Because a government that ignores these murders — or in so
many ways, says that these are ok and helping the war on drugs –must be held accountable for these murders.
You cannot scream one moment that the murders may be the doing of cartels and, in the next, dismiss the outcry against these very same murders.

How many more precious lives does our country have to lose on a War On Drugs that is implemented wrongly?

How many deaths will be enough for us to say “Enough!”?

Don’t get me wrong. I do not tolerate these drug pushers/drug lords ; but neither can I tolerate law enforcers becoming law breakers.  After all, there is more than one way to fight  a drug war  as shown in Cebu’s  Oplan Pokémon (because they want to “catch them all”).

In the end, if the president succeeds in ridding our country of every single drug dealer and user (and he’s already backpedaled on this many times), I’m afraid that it will come at too terrible a price.

We’ll have sold our morality and the value of human life for the easy solution found in a firearm. And it’s not going to be our generation that will pay the highest price. It will be our children and our children’s children, as we lead them down a dark path from where we may never recover.

Who will speak for these children? The children cannot speak out for themselves.  So yes, I will continue to remind the government that it cannot continue a violent course of action in this War on Drugs. Let’s be the voice of the voiceless.