VIDEOS: The filing of certificates of candidacy from October 12-16 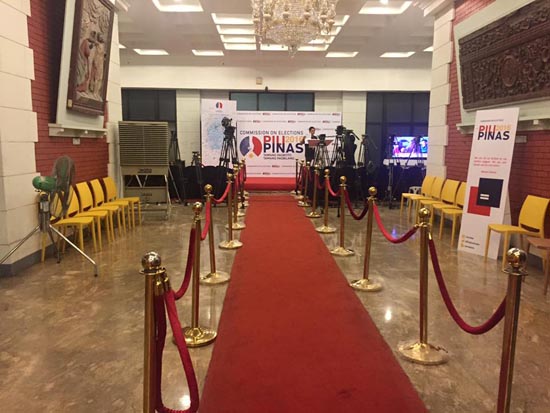 I got a media accreditation to cover the filing of certificates of candidacy at the Comelec. I took photos and live periscope on some candidates. Some of my videos may not be sharp because this came from the periscope. Here are some of those videos I took on October 12, 14, 15 and 16. I missed October 13 so I was unable to get a video of vice presidential candidate, Bongbong Marcos. Vice President Jojo Binay and Senator Gringo Honasan filed on the first day and media were still confused on their positions. Due to the confusion, VP Jojo Binay and Senator Honasan were not able to give a short speech.

Watch the playlist below:

“Friends, Romans, voters and people who will never be stupid forevermore. This is very strange that I am going to run under my People’s Reform Party together with someone who does not belong to my party.”

“I do not not think the Marcoses as a family owe us an apology. In the first place, it was not the case that President Marcos, the father, told all the Marcoses to come together and they all decided jointly to conduct certain activities that were later viewed with disinterest or distaste or even outright criticism by other Filipinos. That was not the case, they did not agree as a family to sit down and say: ‘OK, let us do this. Let us set up curfews. Let us regulate the issuance of firearms and so on.'”