Miriam Santiago is running for President in 2016 but who is her VP? 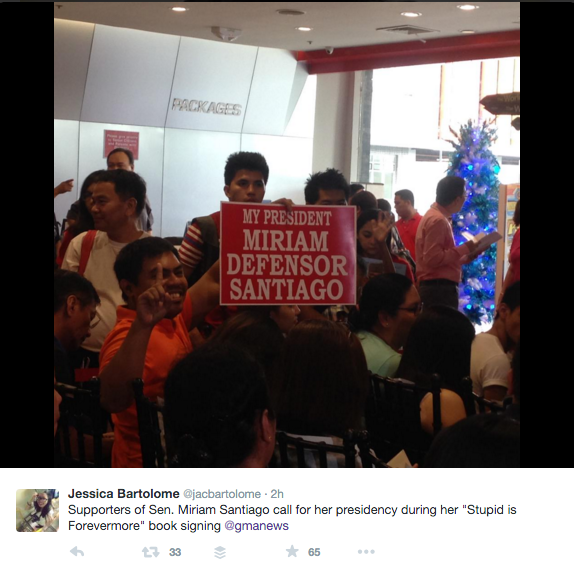 A day after Mayor Rodrigo Duterte announced that he is not running for president, netizens are overjoyed that Senator Miriam Santiago will run for President in 2016. Netizens reaction are mostly overjoyed. ” Someone who is worth voting, Sen. Miriam Defensor Santiago.”

“It’s overwhelming. Feeling that someone just saved the Philippines!”

“The best choice among the candidates I would say.”

She hinted that her vice president is someone who has already declared his candidacy. Some netizens like the Miriam-Marcos tandem . Others say “Please wag niyo na pagpilitan ang tambalan na M&M (Miriam-Marcos). #NeverAgain”

What do you think ?