#SONA2015 : Netizens weigh in on the lies of PNoy’s State of the Nation’s Address #SONAngaling 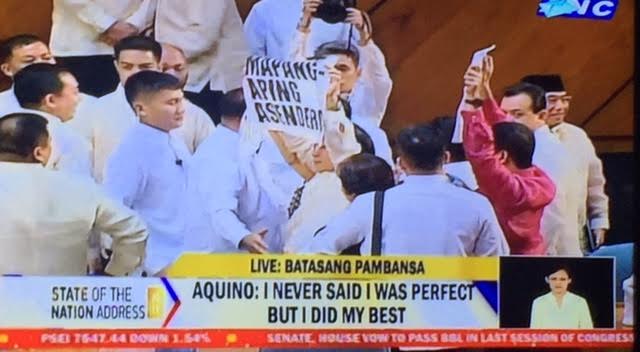 There were two hashtags for the 6th State of the Nation Address (SONA): The #SONA2015 and #SONAngaling. At the conclusion of his SONA , I could hear boos and then signs raised by the Makabayan block.

The President merely looked on: 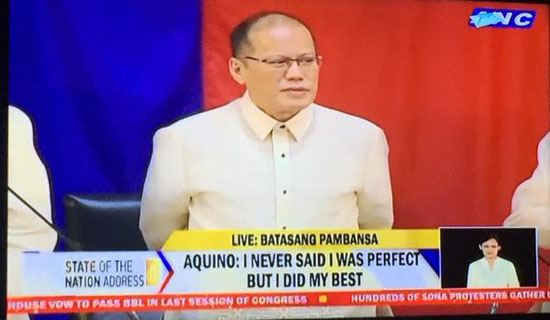 Many netizens believed this was the most truthful part of the SONA. Many issues were not brought up and these were raised by the Makabayan bloc. They showed  placards that read among others “Serbisyo Palpak” , Pork Barrel King, Human Rights Violator, Mapang Aping Asendero , Perwisyo Pahamak among others. 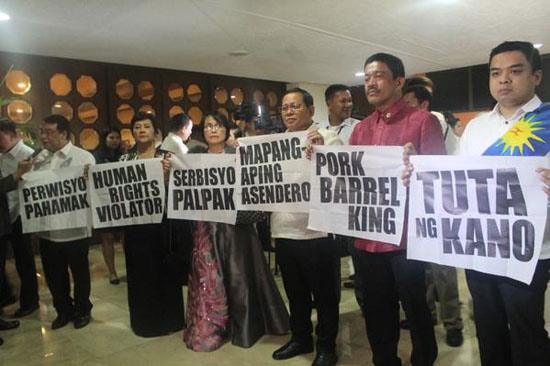