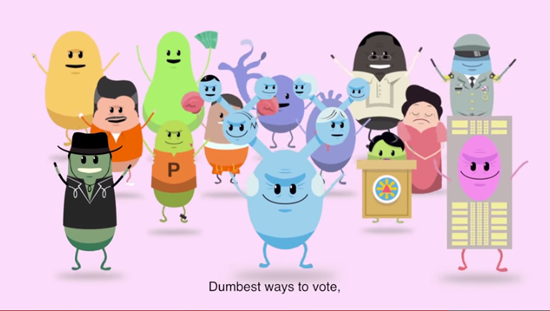 Dumb Ways to Vote is a three-minute animated video on Philippine electoral candidates. It is an entertaining parody on the qualifications of politicians who keep winning elections ; a comedian, the corrupt, or even a murderer! Dumb Ways is a reminder that people should vote intelligently. As the country gears up for presidential elections in May 2016, Filipinos can refer to the video as a tick off sheet when they screen candidates.

Dumb Ways to Vote has versions in English and Filipino. It is based on Dumb Ways to Die by Metro Trains Australia. Instrumental Credits to Metro dumbwaystodie.com

Any resemblance to real persons, living or dead, is purely coincidental.

Here is the Tagalog version

Here is the English version: