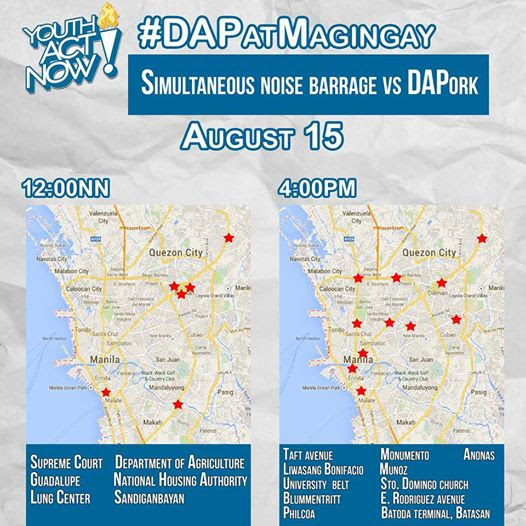 Health workers will also hold a noise barrage in front of Philippine General Hospital in Manila.

A “Human Chain” vs Aquino DAP and tyranny will be formed in the afternoon along Taft Avenue from PGH to PNU.

The protests are also in preparation for the August 25 Luneta “Stand-up, Sign-up vs All Pork” protest.

“We are calling on the Filipino people to stand up against the pork barrel system and DAPork king. We must stop Aquino’s creeping dictatorship. People power is the antidote to pork,” said Youth Act Now in a statement.