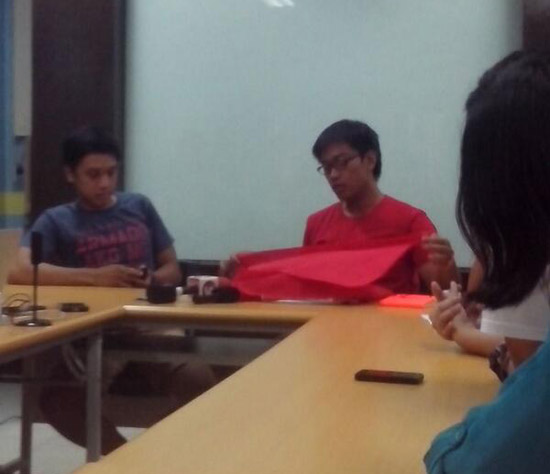 “The police forced me to swallow the banner I was holding. It was about this big.”-Em Mijares

“We demand trial by combat”

This is what YOUTH ACT NOW , an anti-pork barrel youth group in the country said on Tuesday, as the group challenged President Benigno Aquino III to a “face-to-face-debate” on the pork barrel system and corruption that are hounding the current administration.

During the Independence Day commemoration in Naga, Mijares shouted “Walang pagbabago” as he unfurled a red banner. There were other student activists who shouted “Patalsiking ang Pork Barrel King! Walang pagbabago sa ilalin ni Aquino”, a few meters away from president was giving his speech. 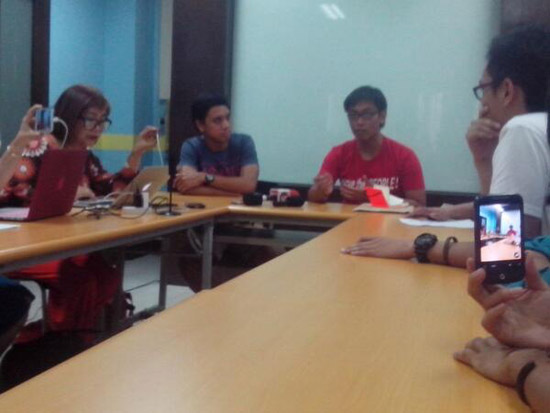 “We were voicing out valid concerns – education woes, budget misprioritization, and corruption.”-Em Mijares

Mijares was immediately whisked away by the Presidential Security Group and was detained for a day. He was eventually charged with “Tumults and other disturbances of public order” and creating “alarm and public scandal”. He was also charged with assault on agent of authority. 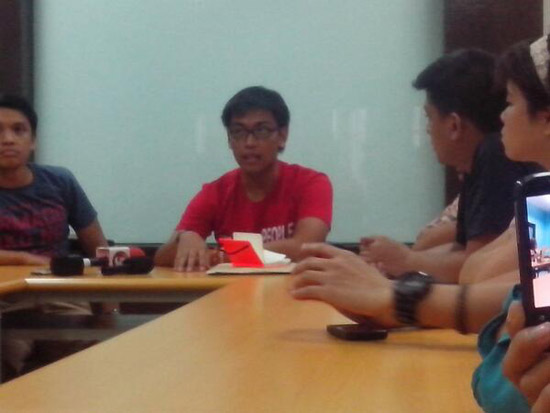 “The streamer I was holding states ‘education for all.’ Yet the police insists that it sparked violence.”-Em Mijares

“As we reiterate the call for the dropping of charges against Mijares, we also challenge the president to speak for himself and engage in debate with a student leader from our ranks.” says YOUTH ACT NOW spokesperson Victor Villanueva.

“Instead of filing trumped up charges against youth activists like Mijares, who are only exercising their right to free speech, Aquino should face the criticisms against him head on. We challenge you to a deabte on pork barrel and corruption, Mr. President!”, Villanueva declared.