Today, the Aquino government and its local allies in Quezon City, sent truckloads of battle-ready police, demolition forces to San Roque in Agham and destroyed the homes and lives of thousands of poor Filipinos. This, in order to pave the way for an Ayala development project in the area, clearly illustrating which side this government is on. Here is Anakbayan’s statement:

We condemn in the strongest terms possible today’s violent demolition of homes in the urban poor community of North Triangle in Quezon City, including the mass arrest of at least 17 resisting residents, the indiscriminate attacks of the police against bystanders, and the sheer illegality of the entire operation.

According to initial reports, 17 North Triangle residents were arrested today. Most of them were actually assisting children and even toddlers who were affected by the indiscriminate use of tear gas by elements of the PNP. The arrested have reportedly been brought to Camp Karingal in Q.C, while those injured, including those who suffocated on tear gas, were rushed to the Veterans Medical Center.

In addition, residents have said that there is no legal basis for today’s demolition: the demolition team is using an expired Court order dated September 2013. They were not given any advance notice by the proper authorities, as mandated by law.

Worst of all, officials from the Commission on Human Rights (CHR) and the Philippine Commission on the Urban Poor (PCUP) ignored repeated pleas by the residents for a dialogue between the latter and the PNP.

The following events and circumstances indicate an all-out government effort to wreck the homes of thousands of North Triangle residents. Legal procedures were ignored, and government assistance was deliberately withheld.

Why is the government doing this? Because Ayala Land, which wants to build a Quezon City Central Business District (Q.C CBD) over the homes in North Triangle, is already foaming in the mouth for the expected mega-profits from their project.

We condemn the Aquino regime for taking up the interests of the Ayalas, and the elite few in general, over the welfare of the poor. We demand the swift release of those arrested, and those responsible for injuring the residents to be punished. Also, that there be an immediate moratorium to all, including future, demolition operations in North Triangle. 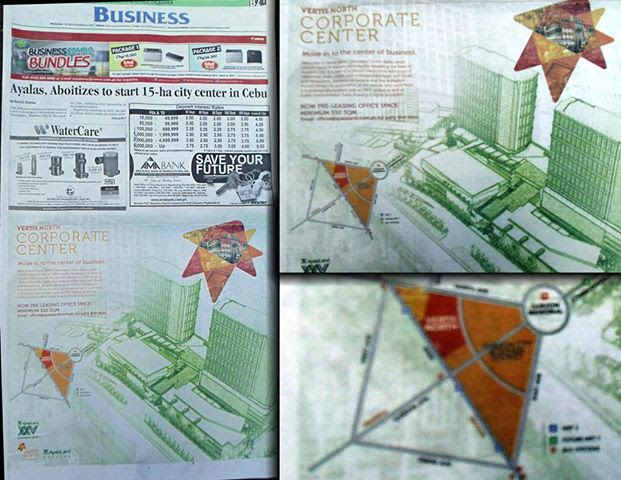 Tanggol Kabuhayan posted on Facebook some photos of the demolition. Children were among those injured: 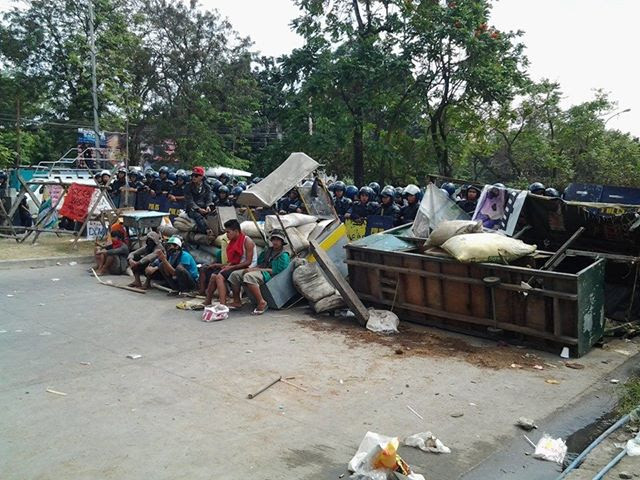 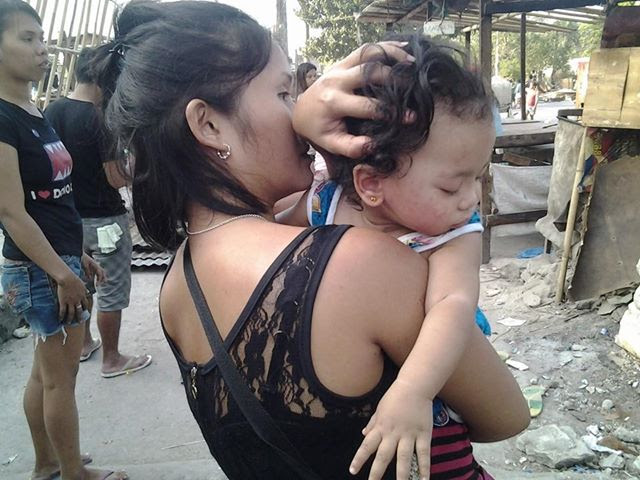 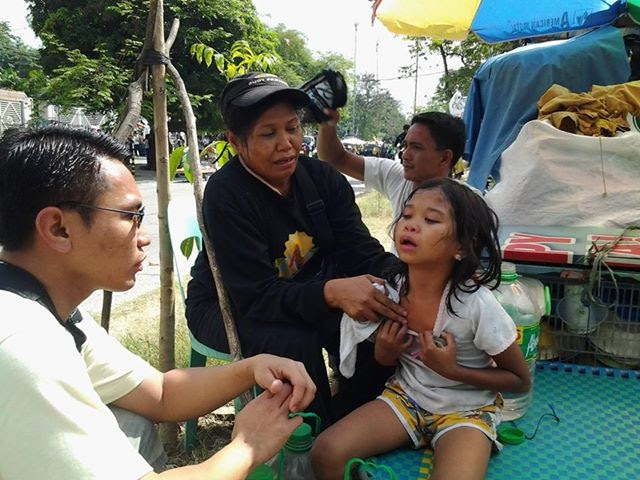 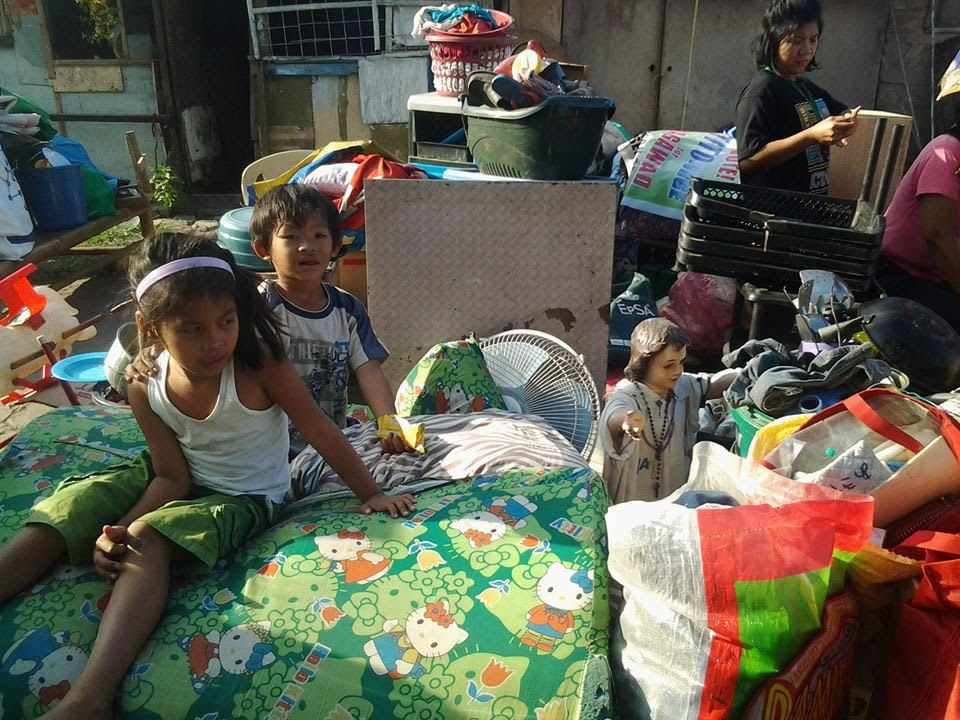 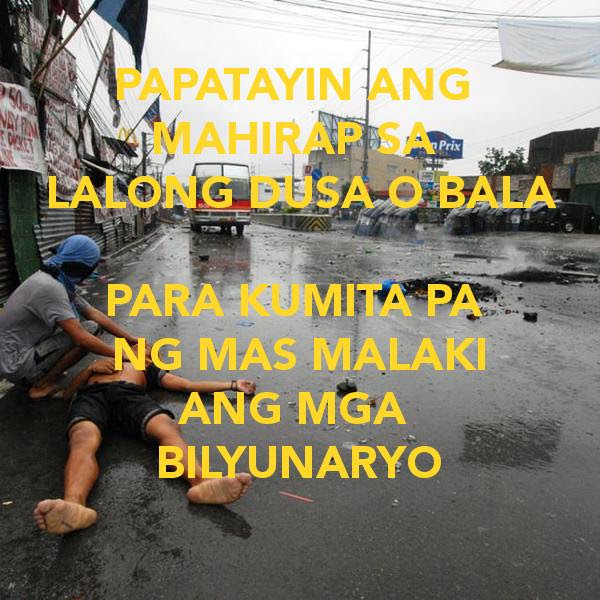