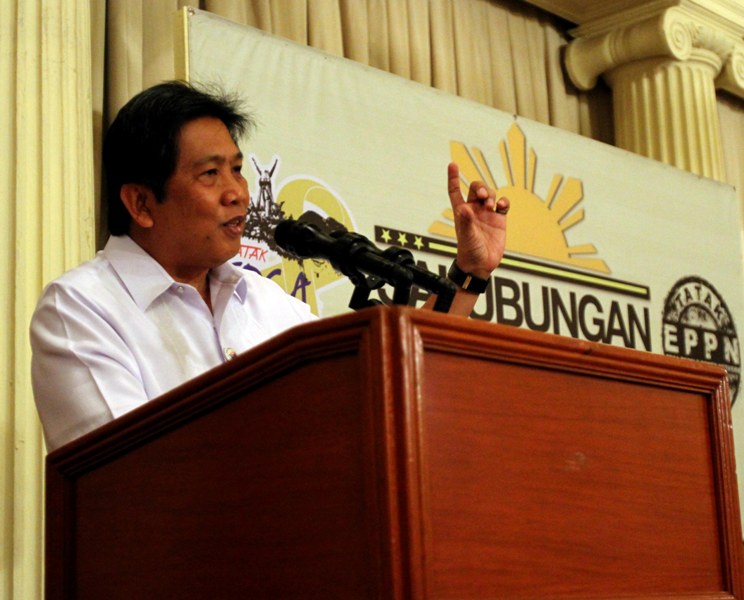 It’s always good to start the New Year with a fresh and positive outlook even when viewing a government struggling with its persona, and more specifically, the Office of the President’s too-often controversial communications bureaucracy. It is no secret that of late, especially when analyzing the responses and reactions of the Palace to the series of challenges that it was forced to confront late last year – some from natural calamities, others from problems that it had created on its own – a deeper affliction seemed to be troubling the internal workings of the Presidential Communications Group.

Despite a latent bureaucracy specifically spawned to address communications dysfunctionalities, presidential messaging seemed poorly developed, absent of deeper strategies and totally lacking foresight, inordinately focused, as it seemed, not on its audience, but, pathetically, inwards towards itself and its own discomforts. Such aberrations create lasting impressions much more difficult to shed as these ranged from the degrading moniker “Pork Barrel King” slapped on  Benigno Aquino III, to a growing image of a self-centered president consumed more by politics than the people’s welfare. It did not help to improve the aberrant imagery that his leading deputy at the Department of the Interior and Local Governments (DILG),in at least two serial crises, displayed the very same DNA, a disdain for criticism, constructive or otherwise, and an unhealthy propensity for divisive politics and excessive self-focus.

Note the following failures to communicate.

On the virtual eve of the Million People March to protest patronage politics as exemplified by the pork barrel system, the public had virtually ignored Aquino’s eleventh-hour offer to scrap the Priority Development Assistance Fund (PDAF). That the declaration was seen by critics as insincere was reflective of Aquino’s flailing popularity later validated by empirical statistics and surveys.

During the Zamboanga stand-off, overtaking official communications, vicious rumors flew fast and furious that the whole affair was a wag-the-dog tact designed by the government to steer focus away from the gnawing pork barrel issues and the Malaca?ang Disbursement Acceleration Program (DAP). Such is the fall in government’s credibility. It did not help that the commander in chief had decided to take a direct hand, physically directing from ground-zero without apparent experience as the crisis seemed to extend well beyond reasonable limits amid scuttlebutt of growing animosities within the police bureaucracy between its titular and functional heads.

Perceptions obviously overtook reality and the Palace seemed to have lost the media battle where the public imagined the worst no matter how ludicrous it was.

When a killer quake hit the Visayas, Aquino’s decision to bivouac and rough it up among relief workers and rescuers drew snickers and raised eyebrows as it seemed more a publicity stunt than anything productive, overwhelming what good intentions and attempts at empathy that should have risen to the surface instead of the incredulity that eventually colored what might have honestly been a sincere attempt at indulgence and mortification.

The worst had yet to come. And it did. Needless to say the subsequent Typhoon Yolanda crisis was an affliction both for the typhoon’s victims and for Aquino’s image as a caring, sensitive and apolitical government official vicariously inherited from the late Corazon Aquino’s genuinely compassionate “Tita” brand. Given the immensity of the operational challenges and the unprecedented impact of the Yolanda crisis, what ineptitude and incompetence there was for the national leadership should have been foregone conclusions, palatable, expected, and  readily forgiven even by Aquino’s most vicious critics. Filipinos are forgiving to a fault. What was however unexpected and yet reared its ugly and noxious head at a critical time when it had no place was divisive and dysfunctional partisanship tactlessly, and stupidly, brought to fore when one cabinet alter-ego reminded all and sundry that partisanship is an omnipresent critical coefficient of even the most apolitical aspect of rescue and relief.

Appointed officials need not evoke the differences between the politics of the president and that of the local officials especially when the latter are directly victimized by the crisis. As most eloquently pointed out, the president is likewise the president of opposition-led constituencies as he is of the whole nation, and, at the national level more than the local, officials are expected to shed all vestiges of partisanship, family affiliations or petty feudality. That one national official carelessly shot off his mouth thinking these important enough to invoke such divisions eventually capping with “Bahala ka sa buhay mo!” not only  exposes his own political depth and maturity but extrapolates well into 2016 where such petty unprofessionalism becomes even more critical.

Each of these unfortunate episodes involve strategic communications, or its apparent lack. Following each scandal, Aquino needed an emergency infusion, or a virtual dialysis, of fresh and cleansed blood where unadulterated competence and credibility needed to enter the Palace’s anemic bloodstream.

It is natural albeit tragic that fatal weaknesses rear its ugly heads amidst a crisis, each episode defining the quality of leadership or its absence. We first encountered the Palace’s internal communications dysfunctionalities during the bungled hostage massacre at the Luneta which left innocent foreign nationals bullet-riddled and dead.

Never mind that the victimized were the first to realize the breadth and depth of the rather amateurish spins declaring the Philippines a fun place to be in. High-caliber military and police ordnance ripping open, shredding and tearing soft skin and bone, turning vital organs into bloody pulp certainly is not what one imagines as a fun-filled  occasion for giddy and girly giggling and guffawing at the scene of the crime even for those aberrantly enamored with guns and imagines these as toys fit for aging boys.

When the Palace moved Sec. Herminio Coloma up, front and center within the Palace Communications Group in a belated effort to reform an aberrant public persona, rare as it comes within Aquino’s bureaucracy, the strategy was undeniably inspired and a stroke of genius. We are not joking. The difference is as vast as day is as different from night, light from dark and the prospects of a brighter morning are from Aquino’s serial nightmares.

Coloma provides what has long been missing. The Palace is a small town where too many talk, yet too few think. Coloma is one off. His perspective extends far beyond the TelePrompTer. His prose, monotonous and monochromatic, are welcome as these force us to focus on the substance of his messaging rather than on hollow form. He does not smear anything with sweet and saccharine sound bytes and then not only deludes himself into thinking that eloquence replaces substance but also expects others to think the same.

He calls things as he sees them. There lies his credibility. Coloma apologizes when necessary but is determined and forceful when needed. Such rare chemistry, more importantly, the profound intelligence, experienced competence and deep discernment to realize which tact and communications strategy to use, specially coming from the serial bungling of presidential messaging of late, is exactly the kind that results in the intellectual candor, principle and honesty that go hand in hand with a government that advocates the moral high ground.

The resulting sum of all these is not simply competence where that has long been a debatable issue, but credibility – a critical albeit belated infusion long-desired and much needed by the Presidential Communications Group.

Dean dela Paz is an investment banker. He is a consultant in the fields of finance and banking and has packaged some of the most prolific public offerings in the Exchanges. He is a member of the Executive Committee and sits in the Board of one of the oldest financial institutions in the country. He is likewise an energy consultant having served on the Boards of several foreign-owned independent power producers and as CEO of a local energy provider.

He is currently the Program Director for Finance in a UK-based educational institution where he also teaches Finance, Business Policy and Strategic Management. A business columnist for the last fifteen years, he first wrote for BusinessWorld under the late-Raul Locsin and then as a regular columnist for the Business Mirror and GMANews TV. He also co-authored a book and policy paper on energy toolkits for a Washington- based non-government organization. He likewise co-authored and edited a book on management.

Photo via PCOO. Some rights reserved.