Quoting a DENR report, Robredo said West Cove built structures in areas exceeding the 998 square meters covered by the Forest Land Use Agreement for Tourism Purposes (FLAgT) issued by the DENR to the resort in 2009 during the term of then Environment Secretary Joselito Atienza.

Here is a report from Inquirer.net

In what many believed would have been impossible in Boracay, government agencies demolished illegal structures of a posh resort for encroaching on a no-build zone among various other alleged violations of local and environmental laws.

At least 150 officials, policemen and demolition team members tore down parts of Boracay West Cove past 8 a.m. yesterday in Barangay Balabag at the northern end of the island.

The DENR Environmental Management Bureau said the resort built permanent structures in an area covering 3,159 square meters outside the 998-sq m area covered by the FLAgT.

A FLAgT allows the temporary use, occupation and development of any forest land for tourism purposes for 25 years and renewable for another 25 years.

The resort was also ordered closed for operating without business, building and mayor’s permits.
West Cove became controversial for structures built on rock formations and operating for years without permits.

From this beautiful rock formation: 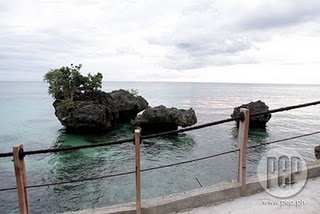 Before rock formation was cemented. Photo via pep.ph 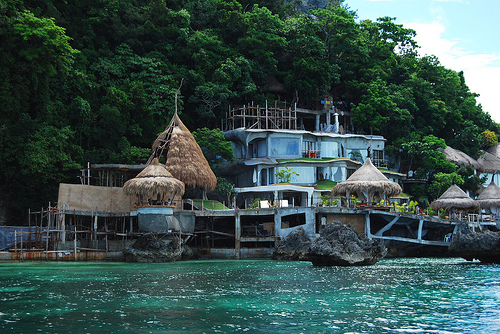 During construction in 2008. Photo Via Katrina Ludwig in Flickr 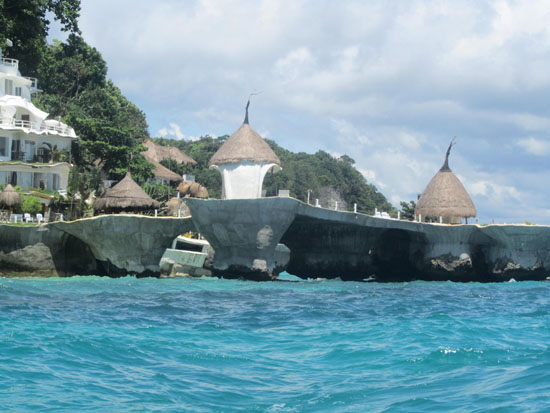 After cementing the beautiful rock formation

Good to know Department of Environment and Natural Resources (DENR) is now exerting its political will. Hope other illegal structures of other Boracay Resorts follow suit.