Just before the trial began, the web was being flooded by this information. I really have no idea as to its veracity but am copying it as is for your information.

Just in: Raissa Robles, Justice Carpio’s girl friday, moonlighting as a journalist, is the short lady who handed the envelop to Cong. Umali. Isusubpoena na yan ng senado. It was Annabelle Tiongson, branch manager of PS Bank, who told Gigi Sawit, who in turn gave the documents to Raissa Robles. The public should know.

(Editor’s note: Raissa Robles in twitter denies she is the “short lady“

Earlier in the day, at around 11:00 am, PSBank, defense attorneys filed petitions with the Supreme Court to stop the impeachment proceedings and the release of bank documents. At the Senate meanwhile, Senator-judges held a caucus to discuss Senator-Judge Miriam Defensor-Santiago’s petition regarding the subpoenas for the bank accounts of Chief Justice Corona. This is based on yesterday’s Motion for Reconsideration of the Lady Senator.

In a Press Conference, Defense lawyers explained that their client’s move to petition the Supreme Court to stop the ongoing trial as well as the subpoena of bank records of the Chief Justice. This was clarified as asking for clarification regarding issues and not to stop the trials. The need for the TRO is so that the issues can be cleared first before the presentation of evidences can continue.

As the gallery in the Senate Hall began filling up, we noticed a number of nuns present and seemed animated. The defense and Prosecution Panel arrived shortly before the start of the session. I guess there was no time for the niceties of what became ordinary everyday. Not much handshaking or grandstanding.

The Impeachment Hearing began at 2:13 pm. 21 Senator-Judges were present. I don’t even recall who led the prayers because everyone knew what was on everyone else’s mind that day.

Senator-Judge TG Guingona pompously manifests, and refers to the motions for temporary restraining orders (TROs) filed earlier in the day with the Supreme Court. He stated that the Impeachment Court is an independent body. Independent from what, I wondered? he underlined that the Impeachment Court cannot be imposed on by any branch of government? Now, that is funny! I thought they were under the musical baton of Pnoy and everybody danced to his tune. (Bad though it may be.)

Piqued by yesterday’s comments of Prosecutor Rodolfo Farinas, Senator-Judge Pia Cayetano made some clarifications in the official minutes of the court’s session last Tuesday. She emphatically stated that the Senate and the House prosecutors’ functions are different. They should not be considered partner-in crime. Why is it that everyday I find something to laugh about. It must be my funny bone. Hahaha.

In a scathing sermon from his wooden pulpit, Presiding Judge, Juan Ponce Enrile said the court has been lenient but reminded everyone they will apply the full power of the court to maintain order. He was referring to the exchange between the Presiding Judge and Cong. Farinas again. There was absolute silence in the hall. A look at Farinas showed how pale he had become. I was right, the Ilokano connection had broken. JPE restated the different roles everyone played in the Hall. That he meant business was obvious. He was toxic the whole afternoon!

Prosuctor Fariñas apologized for what he said in the previous session. In a complete turn-around from his bravura yesterday, Farinas turned into a meek lamb. A look at Lead Prosecutor Niel Tupaz showed that he was irritated with Farinas. Was it because he was upstaged yesterday. he seemed to be saying, “I was right. You should not be allowed to speak.”

Not satisfied and thinking he was doing a movie, Senator-judge Ramon Revilla, Jr. admonishes him further and reminds Farinas about their separate roles and that respect should always be accorded the judges and for him to be extra careful in what he says in Court. In a replay of yesterday’s hearings show Revilla laughing coyly as Farnas was speaking about him being removed in the Senate. Talagang parang zarzuela without the benefit of a good script!

Senator-Judge Miriam Defensor-Santiago’s motion for reconsideration was denied in an earlier caucus. Sayang at wala si Lady Firebird! Sotto immediately moved to go into caucus to resolve petitions for certiorari filed before the Supreme Court by the defense and PSBank. The sessions were suspended just when they had almost began. Tanong lang, why did they not include this in their earlier caucus to begin with?

Senator-judge Loren Legarda asked questions to prosecution: they explain CJ Corona’s inhibition from the case, the letters sent by lawyer Estelito Mendoza, and his participation in the reversal of the SC ruling on FASAP.

Are you blaming Corona? Bag-ao responds: Opo.
Should other justices be liable if one justice is impeached based on one decision? Hindi po!
Why the CJ was being blamed for something he did not even sign for?

Prosecution called the next witness: PSBank official. Defense then objects to presentation of witnesses, raises Corona’s petition before SC.

Enrile allowed bank officials’ testimony, and told Cuevas that the Senator-Judges are mandated to try and decide this case. He adds that the defense is free to state objections, but that they will allow the presentation of the witnesses. Cuevas retorted that they accept the power of the Senate to try the case, but that it must be in accordance with laws.

While everyone was expecting the start Article 3’s hearings, Chief Prosecutor Rep Niel Tupas said they would present witnesses for Article 2 again. Cuevas objected saying that they expected Article 3 to be discussed, Enrile rules to proceed with the trial. Enrile rules: In the absence of a TRO from the SC, the trial will proceed.

PSBank President Pascual Garcia III went on the stand in lieu of the branch manager of the bank’s Katipunan office. He brought his own counsel, whom he was allowed to consult during the testimony. Private prosecutor Demetrio Custodio conducted direct examination.

Custodio says the purpose of this testimony is to show Corona owns 10 accounts in the said bank. Garcia is asked by Custodio if he brought all the documents subpoenaed but says he did not and continues to explain that he is in the court out of the bank’s respect for the impeachment court. He said he owes it to the bank which may be exposed to potential risk of liability. He continued to say that he brought documents pertaining to 5 out of 10 accounts (only the peso accounts). He presents documents, and lawyers from both defense and prosecution crowd around Garcia. Like vultures they pore over the documents until Cuevas informs the court of the instance and that pictures were even being taken of the documents in open court. Enrile admonished the lawyers, telling them not to crowd witness and for the Sergeant-at-Arms to bodily direct anyone taking pictures. Not a body was pulled out. Yet, everyone had a glimpse and took pictures of the documents.

Custodio asked the impeachment court to enforce obedience from the witness to bring the documents related to the other 5 accounts being subpoenaed. Garcia replies that the disclosure of the other accounts will expose the bank to criminal liability. He testified that the law on foreign bank deposits requires absolute confidentiality. Without permission from the depositor, there is liability, he added. He also informed the court they have asked for a TRO from the Supreme Court to protect the bank from having to disclose the documents.

As if on cue once again from the orchestra conductor, Senator-Judges Alan Peter Cayetano, Francis Pangilinan, and Pia Cayetano asked questions regarding the bank’s decision. Their burgundy robes flapping more wildly as their positions as Judges were being put to the test. Senator-judge Franklin Drilon rose up and moved to require PSBank president to explain in writing why he should not be cited in contempt, and that he should come back Thursday in court with the documents. Senator-judge Joker Arroyo reminds everyone that they should be guided by the precedence set by the impeachment trial of former President Joseph Estrada. He recalled that Senate did not sanction an official of Citibank who refused to disclose foreign currency accounts despite a court subpoena.

After a lengthy debate and an admission by the Presiding Judge JPE that is was in a quandary on this one, Enrile ruled to have Garcia submit a written explanation – “not a show-cause order,” (he clarified) on why he should not be cited in contempt, and that the PSBank president should come back the next day.

The Court then tackled the subpoenas for the five Supreme Court justices. The request of the Prosecution to subpoena Justices of the Supreme Court was absolutely denied. The Impeachment Court’s Clerk of Court was directed by JPE to read in full the resolution on the prosecution’s request to subpoena SC justices. It cited the need for confidentiality of the High Court’s decisions. It also invoked the separation of powers, saying they should respect internal rules of the Court.

That it was a truly long day for everyone was obvious. No press conferences were called after. Everyone rushed home. That included this poster. What was telling about today’s hearing is that NO BANK ACCOUNT IS SAFE! 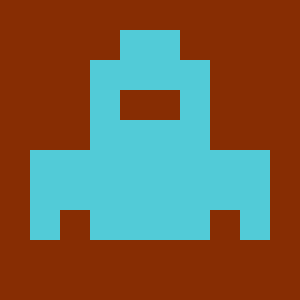 PrevPreviousPlausible explanation on basis of prosecution evidence
NextBank secrecy, and why It may not matter after allNext