Did the Senate fall for defense’s gambit?

In a significant vote, the Senate sitting as theImpeachment Court decided on Monday to uphold the Supreme Court’s temporary restraining order (TRO) against the subpoena on impeached Chief Justice Renato Corona’s dollar accounts. The vote came after the Defense counsels, in a dramatic press conference at the historic Club Filipino last Sunday,accused Executive Secretary Paquito Ochoa of trying to bribe senator-judges on behalf of President Benigno S. Aquino III.

At first glance, the Defense’s accusation—which are based on the words of an anonymous source; in other words, hearsay—looked like a desperate, but largely impotent, act; one that, in the words of legal scholar and Huffington Post commentator Edzel Tupaz, “burned all the political capital the Defense had.” But it appears now that it could have actually been, in fact, a well-thought political gambit that paves the way to the shifting of the main arena from the Senate to the Supreme Court.

It seems that the Defense made the Sunday evening move in order to put the Senate on the spot as it tackled the Supreme Court’s TRO: Should the Senate defy the Court’s order, the public would think that the senator-judges had been bribed. From a purely political perspective, therefore, Monday’s vote seems to be a knee-jerk reaction of the Senate, firstly, to prove that the senator-judges can’t be bribed and therefore the Impeachment Court remains credible; and, secondly, to gain or maintain its political capital. Note that prior to the Defense’s bombshell, the Senate, or at least many of the senator-judges, had been hinting that they intend to keep the Judiciary from “emasculating” on the Legislative’s primary constitutional checks and balance power, despite the fact that the Supreme Court had already ruled in an unfortunate 2003 decision that its judicial review jurisdiction covers matters related to impeachments (more on this in another blog entry).

While Senate President Juan Ponce Enrile insists that the Senate retains the “sole authority” to try impeachment cases and that judicial review of impeachment is limited to interlocutory matters, the Impeachment Court’s deference to the Supreme Court’s orders means that the Defense can now routinely question before the Judiciary every Senate decision that it would deem disadvantageous. The Supreme Court, after all, would have the authority to determine which matter is interlocutory and therefore subject to judicial review and which is not.

This is especially significant since the Defense has now become more vigorous in insisting on judicializing the impeachment procedures to the point of using the standards of criminal proceedings, despite the earlier consensus that impeachment proceedings is akin to neither criminal nor administrative proceedings but is sui generis that is more of a political than a judicial exercise. For instance, the Defense is trying to persuade the Senate to disregard the damning information regarding the Chief Justice’s peso accounts by virtue of it coming to light through fake documents, citing the fruit of poisoned tree doctrine; despite the fact that the Estrada impeachment trial had already resolved that the fruit of poisonous tree concept is applicable only in criminal proceedings. Should the Senate reject the Defense’s framing of the proceedings on standards of criminal law, the Defense can take its case to the Supreme Court.

Of course, the Defense’s efforts to block the presentation of evidence and to try to win their case on the mere basis of technical legalese will most likely earn the ire of the public. But the Chief Justice’s camp is probably calculating that any public outcry would be minimal since, firstly, the prevailing public mood seems to favor the resolution of the issue through the institutional arena, and, secondly, Corona can count on the Iglesia ni Cristo to provide, at the very least, substantial cushion in the parliament of the streets, so to speak. Indeed, as Palace communications mandarin Manuel L. Quezon III pointed out in his blog, the Defense has practically “conceded the court of public opinion” and is now attempting to “sandbag the Senate.”

Things could have been better had the Senate President, known for his record of pragmatic politics, prodded his colleagues in a caucus to seek a compromise between the Senate and the Judiciary. For instance, the Senate could have expressly stated that it was not acknowledging the Supreme Court’s TRO but merely seeing it as a non-binding legal advisory that the Impeachment Court would, on its own volition, defer to, as a friend of this blogger has suggested. I’m in no competence to say if such a move could have been legally sound, but from a purely political perspective it could have been a reasonable compromise. The point is that, instead of merely sticking to their positions—which ranges from tying to protect the Senate’s turf to trying to zealously adhere to jurisprudence and to trying to avert a constitutional crisis—the senator-judges could have tried to come up with a middle ground that could avert an inter-departmental war or a constitutional crisis without subverting the Impeachment Court.

But unfortunately, the senator-judges, by deciding to defer to the Supreme Court’s TRO, have made the Defense’s efforts to “sandbag the Senate” easier. At best, it has invited further attempts by the Defense to continue seeking interlocutory interventions from the Judiciary. At worst, it could embolden the Supreme Court to grant the Chief Justice’s petition to have the impeachment proceedings nullified on the basis of alleged lack of due process during the initiation of the complaint at the House of Representatives. The irony for these senator-judges is that their Monday vote has not effectively discounted the possibility of a constitutional crisis.

At the end of the day, Quezon’s description of this political drama as being “something of a roller-coaster ride” could probably be an understatement. This whole brouhaha are dangerously testing some of the country’s most important institutions: The Legislative’s ability to check the Judiciary could be in danger of being rendered inutile, while the Supreme Court, by being dragged into this political roller-coaster, could be in danger of undermining its very own instutional legitimacy.

JJ Domingo blogs at The Nutbox (@the_nutbox on Twitter)

Photo from the Philippine Senate by JOSEPH VIDAL/PRIB/ SENATE POOL . Some rights reserved. 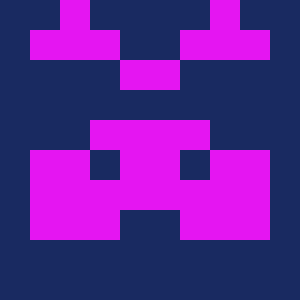