The battle for public opinion

If politics is the science of winning people, shaping public opinion is an art.

Strategic actions need to be precisely executed so the correct message is sent at the right time. This is a necessary evil so public opinion will not be adverse to a political candidate.

Since it’s a political season now in the Philippines, I can’t help but react to the narrative strategists are painting about their candidate.

Take for instance this news report. Before this, she was portrayed as a politician who is willing to give way to a winnable opposition candidate to unseat the dark forces. She did talk to other presidential wannabees and waited for the 11th hour to make her own decision, making her supporters uncomfortable, if not agitated.

And just like in any suspense-laden Netflix series, the audience is at the edge of their seats. Because the waiting game is too much, this prompted supporters to clamor for her to run.

She eventually announced her decision with a new political color.

She made noise and her hashtag trended on Twitter and her choice of color dominated most Facebook timelines of Filipinos. Some felt we owe it to her for running, while others thought she is the only one who loves and can save the Philippines.

Let’s compare her narrative to that of the other presidentiables.

Theirs is the common rag to greatness story. Not just a showbiz gimmick, but the poverty experience is as organic as the uncollected garbage on the streets.

Isko had better media mileage than Pacquiao because his accomplishments in Manila in 3 years as Mayor is no small matter. Pacquiao may have done more for the poor thru personal dole-outs, but his perceived poor performance as a public servant eclipsed any good he has done as an elected official.

The mayor also gained some pogi points when he allowed non-Manila residents and walk-ins to receive vaccines and the amnesty to contactless traffic violators.

A seemingly innocent and pro-people move but were also tainted with malice because gunning for the top post could be his hidden agenda after all.

A worth watching playbook is the triumvirate of Bong-bong Marcos, Sarah Duterte, and Bong Go. Cusis’ PDP Laban have plan A and B. A is for Sarah to eventually file her candidacy or replace a candidate at the last hour. The same playbook was adopted by her father. Plan B is to have Bong-bong Marcos and Bong Go running together.

But a commenter on my Facebook page floated the idea of plan C, a Duterte-Marcos tandem, she said is a better win-win.

But if Plan B will materialize,  it’ll be a BIG slap to the face of Kokos’ PDP-Laban.  The same party founded by his father to fight the Marcoses will now be supporting a Marcos.

Still, with Marcos, I find these two instances hilarious:

1. Some were angered when Marcos’s used or mimicked the use of an emergency alert message to promote his candidacy. But Leni used a similar ploy. She hijacked a color that is “widely” used because of the “ongoing” observance of breast cancer awareness.

2. Furthermore, both Marcos and Leni distanced themselves from their original political party, at least on paper, to improve on their messaging.

These gentlemen used the time-tested Senate blue-ribbon committee investigation to demolished its enemy. Just ask Jojo Binay, his presidential dream went naught because of this.

Gordon did not file. Ping did.

But Pings narrative is no-frills- a no non-sense former police chief who shook the institution during his term, consistent non-availer of pork funds (if the news stories are correct), and advocates against insertions in the budget, corruption, and criminality in the Govt.  Plain, simple, but too bland for the Filipino electorate.

But so far, Leni’s timely execution of the plot shaped public opinion in her favor.

I think they will attempt to make the 2022 election a battle between good and evil or a battle of two hardliners- Duterte or BBM vs. Liberals and Purists. In this way, they can also besmirch the reputation of neutral candidates like Ping, Isko, and Pacquiao as complicit to, and enablers of the dark forces.

At this point, there seem to be 3-end game scenarios:

You can do the initial math and you will feel uncomfortable with the likely outcome.

I hope the presidential wannabees and their strategists will stop treating Filipinos as idiots and gullible.

Instead, offer an easy to understand plans that will help Filipinos get out of the present shitty situation.

Presidential wannabees, If you can’t stop, at least minimize, playing on people’s frustration, desperation, and fatigue just to score a vote.

And I wish the voters will use critical thinking and due diligence in making their choice. 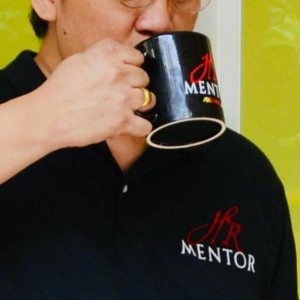 PrevPreviousLeni Robredo:” I offer myself as a candidate for the Presidency in the 2022 elections.”
NextA binary political battle will benefit BBMNext