Activities for the ASEAN 50th anniversary celebration on August 8, 2017 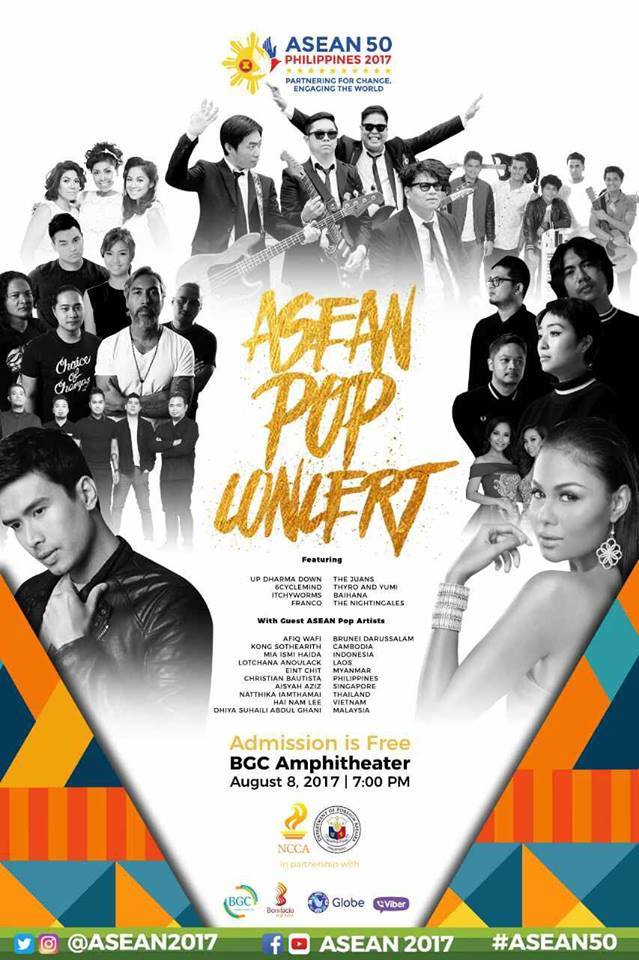 Be part of a  milestone in Philippine history as the ASEAN Day Landmark Lighting event will happen on August 8, 2017, at the CCP grounds in Pasay City to be followed by a concert at the BGC Amphitheater in Taguig City. This is part of ASEAN’s 50th founding Anniversary, which coincides with the Philippines’ Chairmanship of ASEAN in 2017. The event is hosted by the Department of Foreign Affairs in collaboration with the National Commission for Culture and the Arts (NCCA), the ASEAN 2017 National Organizing Council, and participating government agencies.

This grand celebration will be held simultaneously in the capitals of the ASEAN Member States, who will be joined by 63 key cities in the Philippines, with their respective landmark lighting programs. 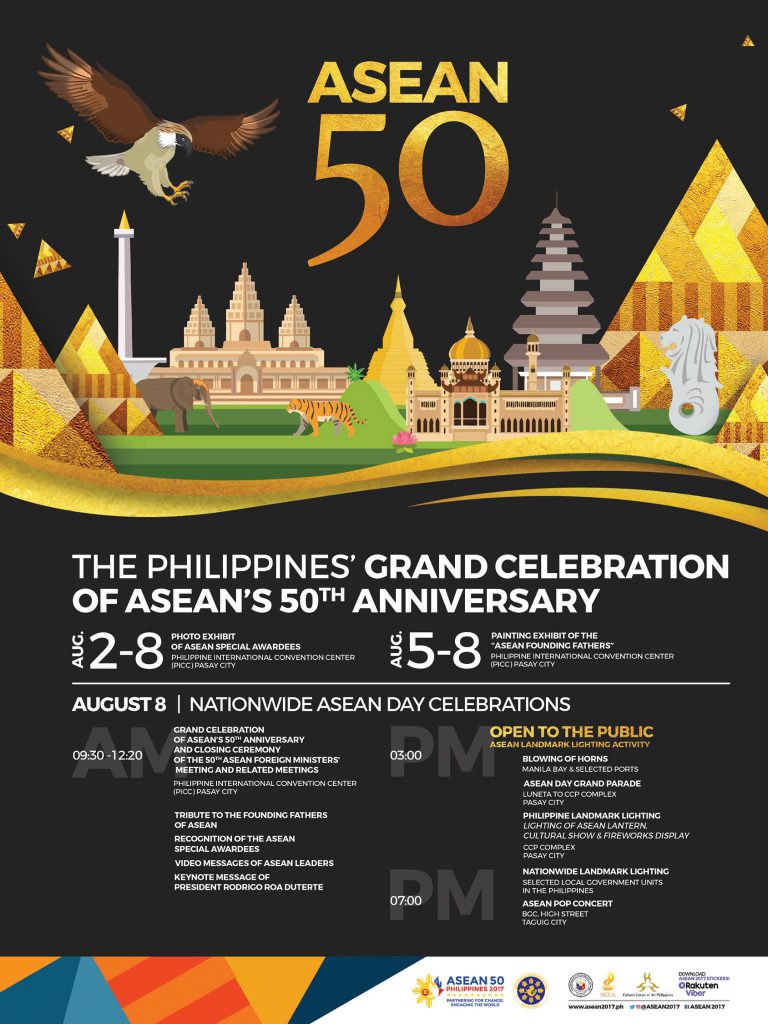 Check out the programme. 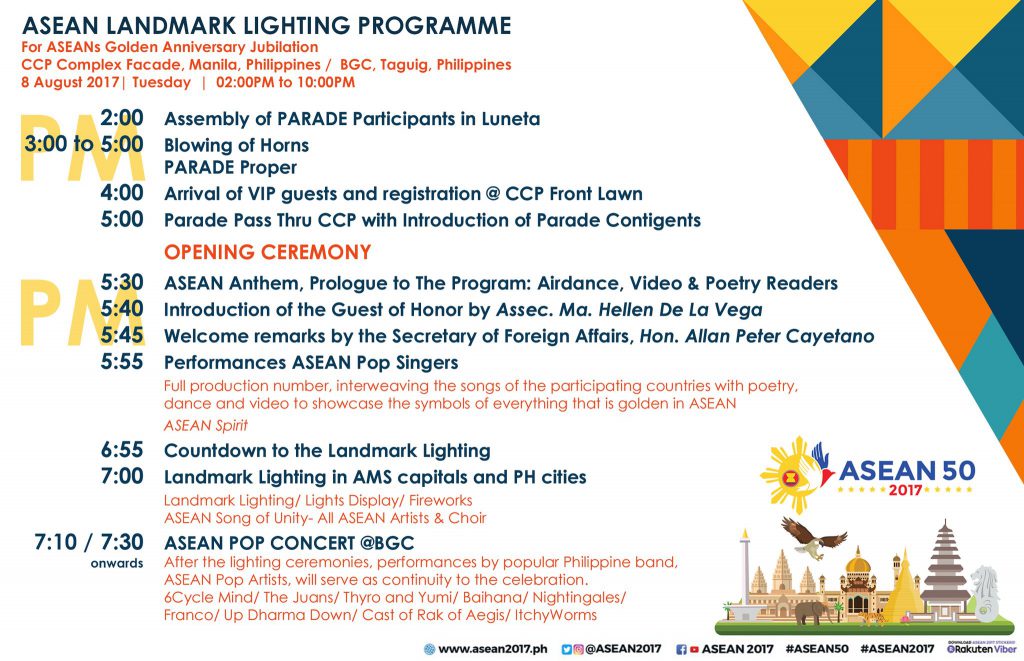 The event will start with a colorful parade featuring the FEU flag dancers, the PSG marching band, and beautiful Higantes wearing ASEAN national costumes. This will happen at 3pm from Luneta Park leading up to the CCP grounds for the landmark lighting ceremony. The program will feature top singers from the ASEAN Member States showcasing their best hits. Headlined by Philippines’ own balladeer Christian Bautista, who will be singing the ASEAN Spirit along with the Hail Mary the Queen Choir. Other featured artists are Myanmar’s popstar Eint Chit, Cambodia’s Kong Sothearith, Thailand’s beauty Natthika Iamthamai and Brunei’s hearthrob Afiq Wafi. Joining them are Vietnam’s crooner Hai Nam Le, singer-violinist Ismi Halida of Indonesia, Malaysia’s young diva Dhiya Suhaili Binti and Latchana Anoulack of Lao PDR.

The show will start at 7 pm. Admission is free.

Here are the other artists who will perform aside from the ASEAN 10 pop artists: 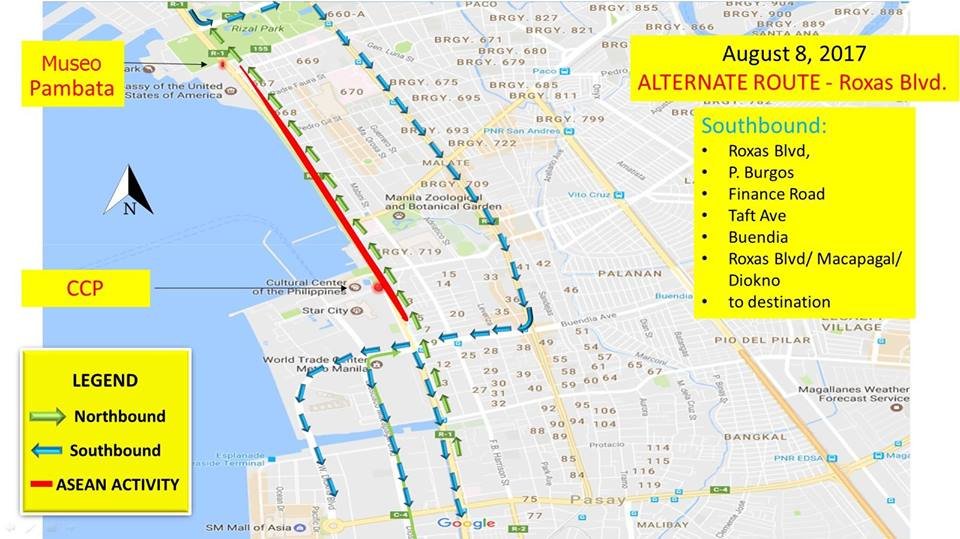 You can also celebrate online with these festive sticker pack for viber. 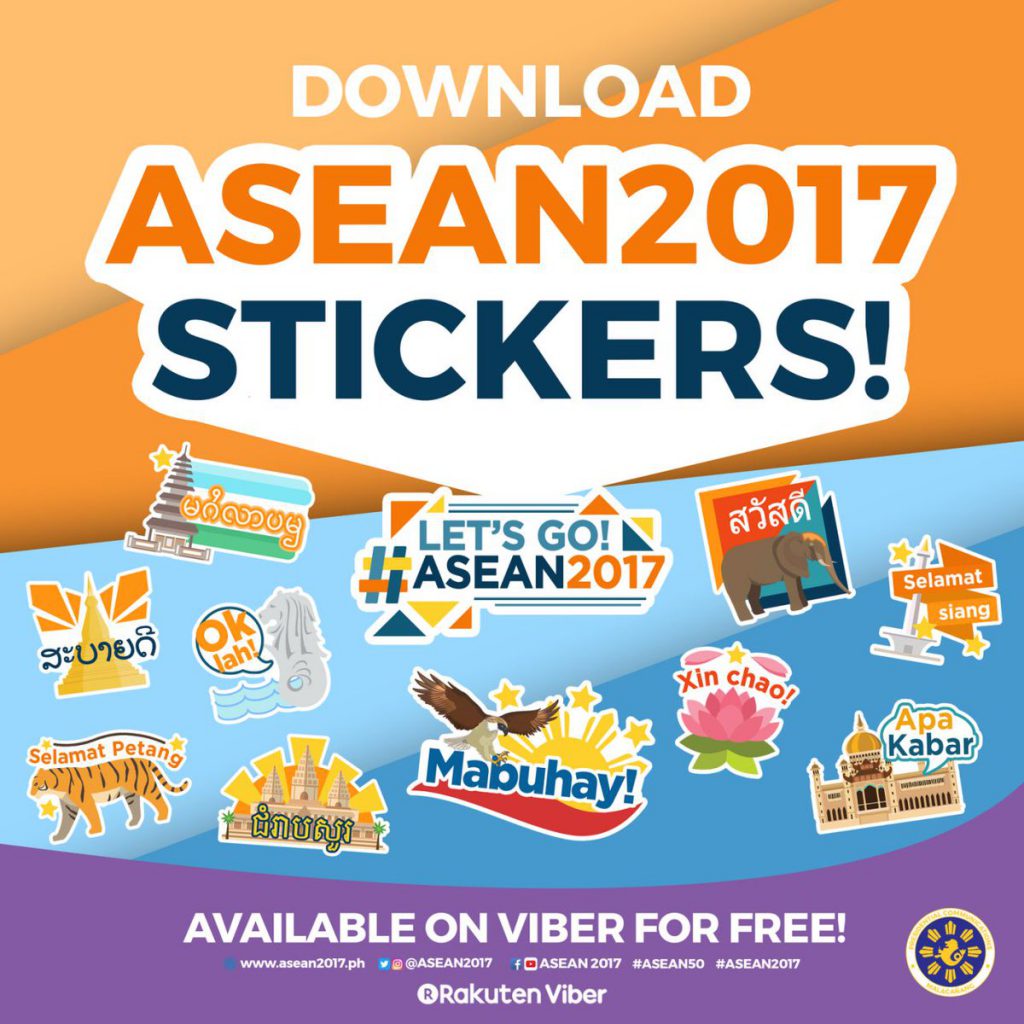