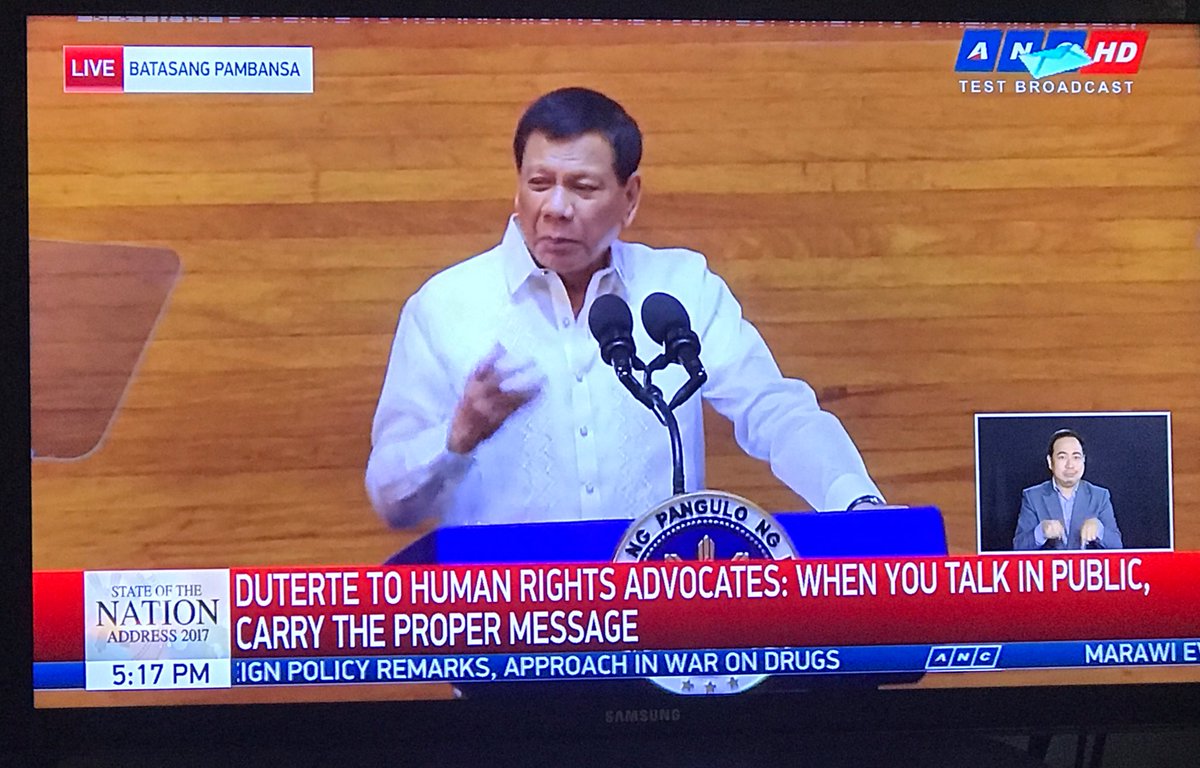 "On the whole it will be frank challenging, realistic but hopeful." says Presidential Spokesperson Ernie. The President's State of the Nation Address (SONA) will be rendered in broad strokes reviewing past achievements, stating the present situation and announcing future prospects. What did netizens expect before the 2nd State of the Nation Address was delivered and what were their reactions after the SONA? 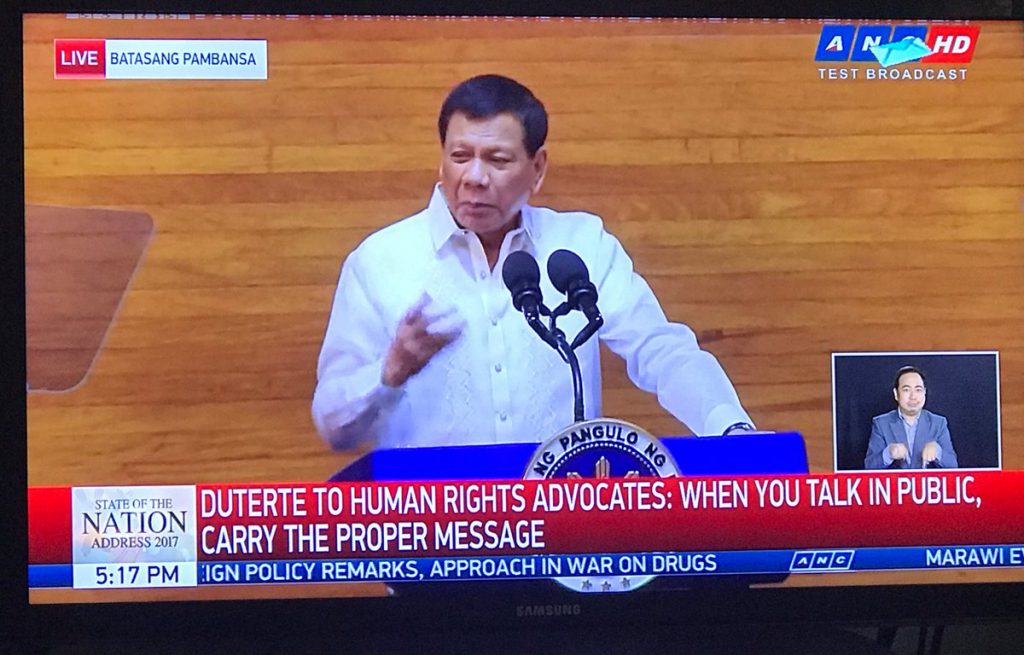 Here are some reactions from the tight shots, to the special mention of mining and Rappler, the cursing, his critics , Human Rights, the lifting of the TRO on the Reproductive Health Law and the good things about his SONA.

After the SONA, the president met with the rallyists outside the Batasan . This is an unprecedented move. No other president faced protestors in the past. Bayan head Renato Reyes comments on this :

"What the President did, speaking at the Bayan rally after his SONA (on his own initiative), was unprecedented. That much is true. However, it would have been more meaningful if he made clear commitments on the basic issues of the people. The audience's strong negative reaction and feeling of dismay came from the President's lack of positive responses to the issues they posed, such as the peace talks, political prisoners, contractualization, land reform and so on.

He made no commitment to resume peace talks with the NDFP and instead repeatedly harped on a fictional "ambush" against him. When asked about land reform and contractualization, he pointed to his cabinet secretaries. When asked about releasing poitical prisoners, he said the military will object. Those responses did not get him adherents at the rally for sure.

"The people, not the military, are your bosses," the crowd reacted. "Peace talks ituloy!" the crowd chanted.

He says he wants respect amid the intensifying criticism of his regime. (Respetuhan tayo). That's not really the problem. While we are severely criticizing his regime, the lines of communication have remained open especially if this is for the benefit of the people. Pero wala siyang tigil sa pagbira, sa salita at gawa.

What should he have done at the rally? An immediate positve gesture on his part would be to demilitarize rural communities and move to revive the peace talks. That is something concrete. Sa halip na banta ng pambobomba at karahasan. Sa halip na insultuhin ang mga Lumad.

Hindi kami nagsara ng pinto. Pero malinaw ang tindig namin sa mga isyu. Malinaw na may banggaan sa pusisyon. We remain willing to engage him anytime in the coming months (if that's what he wants), but he has to show seriousness in addressing the growing clamor for change. The discussions must lead to something substantive for the people. It cannot be just for the sake of talking. The ball is in his court so to speak. Let us see what he does next. What is clear is that the fight for fundamental change continues. The fight for a just peace continues. The crisis moves the people to resist.