Duterte’s war on drugs and crime: The negative impact of rogue cops 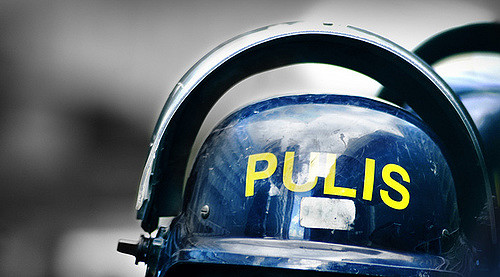 This failure to address the criminals inside the police force is taking its toll, not just lives of people outside the war on drugs and crime but also chipping away credibility and honor of said campaigns.

Philippine President Rodrigo “Digong” Duterte, has waged a war on drugs and crime since day one. He has urged his cops to shoot criminals and until now he’s claiming responsibility for any dead bodies that turns up, but only as long as it is done in an encounter. He even gave cops more benefits and higher wages to improve their their lives as our security force. But this doesn’t mean that Duterte is going to baby them – the cops have Damocles’ Sword hanging over their head as well. For just as Duterte is hard on criminals, and soft on the surrendering ones, he also won’t be showing any mercy to anyone in the security forces who is proven to be working with organized crime or is a member of any criminal outfit.

Former PNP Chief, Senator Panfilo Lacson recently urged the current PNP Chief Director General Ronaldo dela Rosa to go after rogue cops as soon as possible. This is in light of the event where a South-Korean businessman, head of Hanjin executive Jee Ick Joo, was kidnapped and killed inside PNP Headquarters, Camp Crame , being called as a tokhang for ransom case (tokhang being the name of the main operation against drugs launched by the PNP). It was a “rude wake-up call” for the Chief, recently stating that he wanted “to disappear from this world because of so much shame” for what his men did. Senator Lacson has touched a truth that no one really cannot deny: The Philippine’s security forces are corrupt and before the PNP can go ahead of President Duterte’s war on criminals they must first destroy the criminals from within.

President Duterte recognizes this very fact. The Philippines is known to have corrupt cops and majority of its citizens believe this, according to a survey done by Transparency International in 2011. In fact, you don’t need a survey. The Maguindanao Massacre is clear proof that a huge chunk of the force is corrupted. He knows that this very corruption is a big obstacle to his war on drugs and crime. Even before he sat as President he has been calling them out. Part of the reason why he gave more benefits and higher wages to the cops is to ensure that they keep their professionalism, even making it one of the primary concerns of the country.

Photo via flickr.com/photos/igorms/. Some rights reserved.

And indeed, after he sat he showed that there’s plenty of sleaze in the force. Just this December Philippine Star reported that 98 suspected rogue cops are being probed. This may not also be related to the other cops and generals that were revealed on a list by the President himself to be allegedly related to drug trade months earlier.

But it seems this side of Duterte’s war on drugs and crime has proven to be ineffective and the result of this is the recent killing of the South-Korean businessman. This failure to address the criminals inside the police force is taking its toll, not just lives of people outside the war on drugs and crime but also chipping away credibility and honor of said campaigns. The ambushed victims dying around Metro Manila, which has made human rights groups very concerned and angry, aren’t all because of shooting encounters with resisting criminals or ordered by drug lords themselves; some may have been done by rogue cops, according to PNP spokesperson Senior Superintendent Dionardo Carlos. This indirectly contributes to the negative feedback the campaign has received these past few months.

With the PNP having to fight crime from within and from the outside, it is still unclear when this war on drugs and crime, and corruption will end. It is still not known how deep the rabbit hole really goes. One thing we do know know is that last December, Chief dela Rosa did promise to cleanse the PNP this year. It would be hard to tell what steps will he be taking and if he does have any sort of plan right now, but if he does he should really get on to it before more innocent people end up dead, killed, not by drug lords and other criminals, but by the very security force that should have been protecting those people in the first place.