Choosing the right leader by learning from PNoy’s mistakes #juanvote 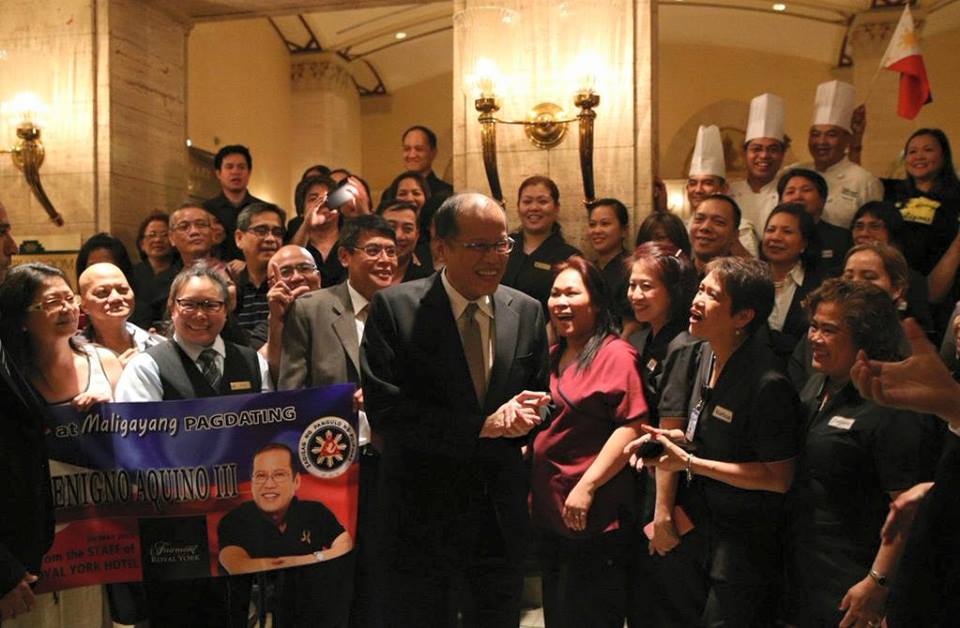 Fresh from his “hugely successful” trip to Canada, as he claims it, and the recent revelation that he is already in talks with Senator Grace Poe regarding the upcoming elections, perhaps it’s about time to discuss some important points about the elections in 2016 in relation to the Aquino presidency. President Aquino, as his fans would defend him, may not be as bad as other presidents in the past but he is certainly not the best. Arguably, there are many errors he committed and has been committing that present lessons every voter should learn something from.

The list would be quite long so let’s go straight to the details.

Hypocrisy is easily one of the major flaws of President Aquino or the current Aquino government. Aquino certainly knows how to selectively apply his sense of justice and is unapologetic in doing the things he used to criticize. He did something similar to what the Marcoses have done in the past when he allowed his alter ego in the Department of Social Welfare and Development to hide street children in a costly and questionable way.

Despite the hyped up “Daang Matuwid” slogan, the Aquino government has not made major progress in dismantling the culture of corruption in the Philippine government. Traditional politics continues to be an unwanted presence. Hopefully, Filipinos have not forgotten Aquino’s DAP issue yet. Just like how other presidents did it, Aquino appointed dubious characters in government and shamelessly defended his erring appointees. He likewise attempted to create a rubber stamp Legislature, and succeeded for the most part. He may have not stolen a single centavo from the government’s coffers but he allowed or at least failed to plug the holes that permitted theft to happen.

Also worth noting is Aquino’s most recent EDSA People Power celebration. The day for celebrating freedom of expression and a peaceful ousting of a dictatorship was marked by hypocrisy manifesting in Aquino’s prevention of protesters from assembling to voice out their disappointment in the Aquino government. An Aquino, no less, betrayed the very spirit of People Power.

Hypocrisy has been the uniting factor in almost all of Aquino’s misdeeds, errors in judgment, and unapologetic commission of mistakes and sins of omission. Hypocrisy manifests in both his words and deeds. His recent Labor Day speech alone says a lot about his fondness for lip service. While he was calling or suggesting for businessmen to give higher wages, he seemed oblivious to the fact that the P15.00 wage increase he approved does not jibe with what he was saying.

President Benigno Simeon BS Aquino III did not acquire the moniker “Boy Sisi” for nothing. The next leader should be a person who can offer solutions to problems, not someone who keeps passing the blame to his predecessor or to subordinates. Credit grabbing is tolerable but constantly blaming others for one’s mistakes and misdeeds is beyond unacceptable.

President Aquino, through his very own words and his propaganda team, is audaciously presenting himself as the leader this country badly needs. For his drumbeaters and followers, he is the Messiah, the one who will bring salvation and prosperity to a forsaken land. This has made Aquino believe that he is infallible, that everything he is doing is right. This country needs a leader who listens to his people and not only to those who are within his close circles. Moreover, we need a president who knows and practices humility even at the peak of his popularity and while welding vast powers, clout, and the ability to influence people through money.

The BBL and Mamasapano issues are excellent demonstrations of President Aquino’s hubris and Messiah complex. Many reject or are at least calling for more thoughtful deliberations on the BBL and yet, because of his strong belief that he is right in his decision over the BBL, President Aquino is ignoring the sensible opposition to the BBL and asserting that there’s no other way to achieve peace in Mindanao but through his chosen way, the BBL. To make matters worse, he even topped everything with presumptuousness and arrogance. Remember how he treated the Fallen44 and their families. Instead of consoling them, he even had the gall to indirectly brag his own experience of losing a family member (as part of the “ill-treated” Aquino “family of heroes” during Martial Law) and told the Fallen44 families that they were already even. “Patas na rin tayo ngayon:” this was allegedly what Aquino said to the Fallen44 families.

In connection to the Mamasapano issue, it should not be forgotten how President Aquino refused to take responsibility for his actions. He couldn’t even say sorry for the outcomes of his questionable actions. Instead of owning up to his thoughtless and reckless actions, he even used technical arguments through his alter egos, particularly the assertion that PNP does not have a chain of command.

President Aquino promised a lot of things during his campaign but he failed to deliver on most of these promises. ABS-CBNNews.com has an “Aquino Promises” tracker section of its website and the partial assessments spell mediocrity or average at best.

This PNoy defect is already common knowledge that even his allies would likely acknowledge it. Hopefully, people will vote for candidates who are not deeply attached to or influenced by friends, allies, family members, party mates, and others who fit in the K words now fondly associated with Aquino (kamag-anak, kapartido, kaibigan, kabarilan, kaklase, kakampi, etc).

Many would say that experience is not a necessity in becoming a good leader. However, President Aquino has proven that it’s better if a candidate is able to show a track record of competence, commitment, and conscience. President Aquino’s lackluster performance as a lawmaker and his actions in dealing with the Hacienda Luisita issues should have been telltale signs enough of the kind of person and politician he is. Still, people chose him over other candidates because of reasons other than competence, conscience, and a sense of commitment.

The next leader ought to be a unifying figure, not someone who encourages factionalism. The idea of a completely unified nation might be idealistic but at the very least, there should be sincere effort on the part of the country’s leader to bring people together in the common goal of achieving meaningful progress. President Aquino, even before becoming the president, already showed how he is more inclined to carry on the Aquino banner instead of acting like a true leader who cares about the welfare of everyone.

Lack of Propriety and Poor Diplomacy

President Aquino’s tactlessness and lack of a sense of propriety would have been tolerable if only he were consistently exercising them. It’s unfortunate that he is only tactless and rude against his adversaries and those who refuse to blindly subscribe to his opinion. This nation can live with a president who tactlessly expresses his opinions and asserts his desires as long as this tactlessness is not selective and is exercised to demonstrate a strong will to do what is right regardless of whoever gets offended.

Hopefully, there will be candidates in the upcoming elections that can show traits that are the exact opposite of President Aquino’s undesirable attributes. The ideal is someone who is a real statesman, someone who understands and exercises propriety and diplomacy but is bold in his plans and actions to push for reforms that benefit the country regardless of who or what stands in the way, and without giving special treatment to friends and allies. Needless emphasizing, the next leader should not be a thief, liar, an indecisive decision maker, unscrupulous politician, a hypocritical crusader, false advocate, and arrogant bearer of a supposedly trustworthy name in Philippine politics.