How to help those affected by Typhoon #RubyPH (Hagupit) : Volunteer to repack, donate 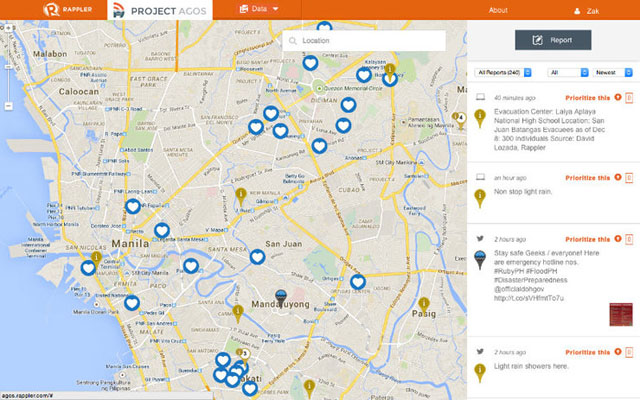 While we have no control over the wrath of a tropical storm, we certainly can take action to help others.  Filipinos worried that this monster typhoon would be similar to Yolanda’s fury.  There was no time to lose as the private sector, government and corporations started to work together for zero casualty in affected areas . Government is more organized this time around with their information dissemination and crisis response, even creating a special page for Typhoon Ruby, a Ruby Response: The hub for typhoon-related concerns, including a matrix of action and Status of towns and cities in select provinces. The Presidential Communications Development and Strategic Planning Office (PCDSPO) compiled a relief initiatives of the private sector for #RubyPH. There is data on the Provincial-City-Municipality Updates and Efforts culled from the National Disaster Risk Reduction and Management Council (NDRRMC).

Even our own Philippine Atmospheric, Geophysical and Astronomical Services Administration (PAGASA) earlier prediction that Typhoon Hagupit will hit westward through Eastern Visayas and Southern Luzon proved to be more accurate than other weather agencies who earlier said the typhoon may likely recurve northward and merely sideswipe Luzon as it goes straight to Japan.”At the end of the day, PAGASA has accountability to Filipinos,” PAGASA weather forecaster Chris Perez said.

According to the Philippine Red Cross , casualties due to typhoon Ruby have reached 27 people in Iloilo province and on Samar island, including 12 residents in Borongan town in Eastern Samar. The Red Cross count is way above the official count which cited three dead so far. Nearly 13,000 houses were crushed and more than 22,300 were partially damaged in Eastern Samar province. Initial report shows the total worth of agricultural damage due do Typhoon Ruby is P1,040,396,000.

Eastern Samar and nearby provinces need a lot of help since they bore the brunt of the typhoon. While exact figures are yet to be established on casualties and property damage, there is a lot that we can do at the comfort of our homes. Private initiatives were taking place even before Typhoon Ruby hit the country. A group of advocates started Oplan Kabit Bisig which aims to coordinate efforts with Civic Organizations in response to Typhoon Ruby. They also aim to complement Government-led response.

Rappler, together with the collaboration of its Project Agos partners like Blog Watch, National Youth Commission, YesPinoy Foundation, and World Vision Philippines, compiled a map of ongoing relief operations that are accepting online donations, cash donation through bank deposit or even in-kind donations. You can also find relief centers or packing operations in Manila and Cebu that  are in need of volunteers. “Rappler also compiled a list of evacuation centers and other places that will need relief aid in the coming days. This information was sourced from the Department of Social Welfare and Development, local government units, and from the public via social media.”

Another list compiled by PCDSPO covers most of relief initiatives of the private sector for #RubyPH:

Tonyo Cruz curated a list of #ReliefPH ops for #RubyPH (Hagupit) which is  shown below.

You can also check out the list of relief initiatives from the private sector. We can do our part simply by volunteering to repack relief goods , or donating cash or in-kind items. Let’s help them get re-build their homes and lives.