Do we need emergency powers? 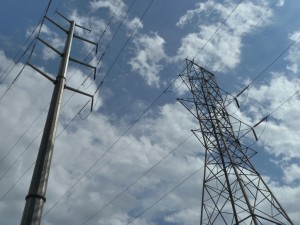 On the eve of the State of the Nation Address up until recently the Department of Energy (DOE) has been making overtures towards the grant of emergency powers to the President as a response to what it fears will be a power crisis starting in 2015. Never mind that gross dereliction and the failure to attract investments in capacity founds the impending crisis. And never mind that behind that lies even more gross incompetence, inexperience and ineptitude within the Department of Energy and above it.

Dependable capacity throughout the archipelago has consistently been low and volatile, falling below the stipulated reserve requirements as required by the Grid Code in each of Mindanao, the Visayas and, recently, in Luzon. In both Mindanao and the Visayas, palliatives such as the effective Interruptible Load Program (ILP) have been in place and have yielded moderate to successful productive capacity pending the full resolution of shortages in Mindanao and adequate reserves for the Visayas within two years.

The Luzon grid has not been as fortunate. For 2015 up to 2017, according to the DOE and Meralco, the Luzon grid is expected to have a capacity shortfall of as much as 300 to 400 megawatts (MW) of base load power. Add here balancing capacity to prevent systemwide tripping and the shortfall in Luzon increases to over 700 MW. Currently, a shortfall of 200 MW, whether due to scheduled plant maintenance, breakdowns, natural causes are enough to produce rolling brownouts as the existing hot reserves required for the Luzon grid is exactly 500 MW (per the requisites of the Grid Code).

In recent weeks, spinning reserves, which should at least be 500 MW, have ranged from a high of 1,500 MW in one day, falling to as low as 500 MW three days after. This volatility is seen to increase by 2015 where additional 300 to 400 MW are needed to assure power supply security. Right smack at the height of the hot and sweltering summer months next year, some have predicted the shortfall in the range of 900 MW. At the 900 MW level the shortfall is nearly twice the statutory grid minimums needed for spinning reserves to ensure continuous energy supply.

By 2017, however, ongoing capacity expansion will come online and thereby adequately fill out the capacity undersupply. There are no foreseeable events that might defer from this. Currently, as much as 600 MW of installed capacity can be sourced from the Redondo power plant in Subic but the facility has been the subject of a Writ of Kalikasan (WOK) restraining order despite the plant’s approved environmental clearance certificate (ECC) issued by the DENR. The WOK is substantially based on a matter of requisite consultation with indigenous communities, if any, and the surrounding local government community, which, incidentally, happens to be the economic zone itself.

Following the instructions from the president that all options are explored and opened in the event of a power crisis for 2015, the DOE is recommending the grant of emergency powers to the president.

These require congressional approval. The DOE secretary has said that he would like to have the option of supplying power from state generators rather than simply take from energy sourced from private independent power producers (IPP). Currently the EPIRA prohibits incremental state-generated power other than from those currently existing unless emergency powers are invoked.

Moreover, culling from previous options explored by the DOE, these powers might presumably be employed for the following purposes, foremost of which is the state-purchase of modular diesels plants to supply the shortfall.

This is not new. Our experience however with the current set of 1 MW modular generating units deployed in the Visayas has been negative. The units are diesel-operated, run only at peak periods, and have inordinately increased domestic tariffs due to the absence of economies of scale.

Under a bill for emergency powers filed by Sen. Antonio Trillanes IV earlier in 2014, the following are included among the powers sought.

One, the bill allows the President to perform the following functions such as entering into negotiated contracts for the repair and maintenance of power plants, projects and facilities;

Two, the bill allows officials to re-channel all funds, including special funds such as the Malampaya Fund, to finance such projects;

Note however that negotiated contracts are prone to corruption. Purchasing modular generating units via negotiated contracts is even worse. These power purchase agreements (PPA) will necessarily stipulate for minimum economic off-takes (MEOT) or take-or-pay provisions to ensure vendor viability given the abbreviated shortfall period. The latter also ensures stranded contract costs as well as necessary universal charges once the shortfall decreases or disappears by 2017. Should the 600 MW plant in Subic come online prior to 2017, the shortfall vanishes even sooner.

Moreover, the use of the Malampaya Fund is already under question. Its primary intent was to develop renewable indigenous energy sources such as those from the Malampaya gas fields. It is not to cover for capacity shortfalls produced by bureaucratic dereliction. If emergency powers are to be allowed at all they should not allow the further exploitation of the Malampaya Funds.

A better option would be the aggressive implementation of the ILP. The ILP worked successfully in the Visayas and relieved part of the under capacity in Mindanao. Successfully implemented before, there is no real hurdle to apply it in Luzon.

Under the ILP, commercial and industrial establishments with embedded power operate their own generator sets if the grid operator foresees a need to augment generation capacity in the Luzon Grid. Unexpended supply from the Luzon grid can be used by others within the franchise area and cover for temporary shortfalls. In essence, ILP establishments effectively self-generate and sell power as is the case in economies where consumers with embedded units buy and sell from the grid.

To compensate ILP power providers, they will be paid actual variable charges incurred plus a pre-agreed upon margin to ensure a revenue stream. De-loading compensation paid to ILP participants will be recovered from all customers of the district utility as part of its total cost of power included in its monthly computation of generation rates.

As economies of scale exist for the market, and because the ILP is applied only during hourly peak demand the expected tariff impact is less than the impact of purchasing from a state-generated modular diesel plant with a MEOT. When applied last May the ILP yielded positive results. Meralco cited that de-loading compensation from 110 ILP participants amounted to about PhP 300,000, translating to an additional cost of only Php 0.02 on the monthly bill of customers consuming 200 kWh and sparing 50,000 households from the one-hour rotating blackouts.

Should the ILP participants increase from the current 110 to around 500, enough to cover the projected 300 MW shortfall from 2015 to 2017, the incremental charge on the monthly bill of consumers can be reduced to Php 0.01 or even lower. Such incremental charge is insignificant compared to the impact of MEOT, stranded costs and universal charges that result from the government generating units purchased from the emergency powers envisioned by the DOE.

Negotiating ILPs piecemeal is tedious and is on a case by case basis which is the programs’ downside. Prospective ILP participants are reluctant as their embedded generating units are exclusively for the use of specific captive markets. They have raised the question of viability should the re-compensation be limited to variable cost recovery. This can however be offset by compensating them with a feed-in-tariff (FIT) margin in addition to the variable costs incurred and additional tax incentives such as VAT exemptions on the actual power generated by their units.

To forestall the dangers of recklessly imposed emergency powers, rather than preen before media, energy officials should aggressively advocate for an expansion of the ILP, including the development of non-tariff based incentives such as tax breaks or pricing-based feed-in tariffs.