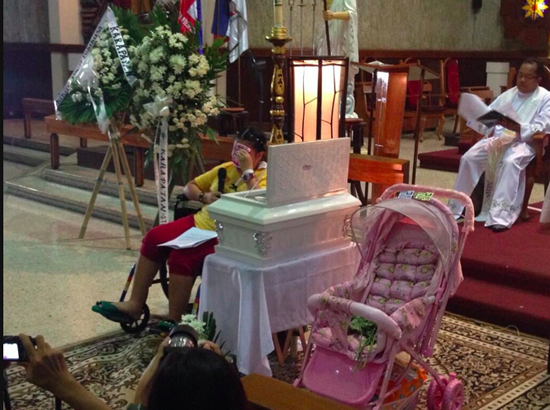 A Press release from the “Free Andrea Rosal Movement

Aquino government to be held accountable for baby’s death 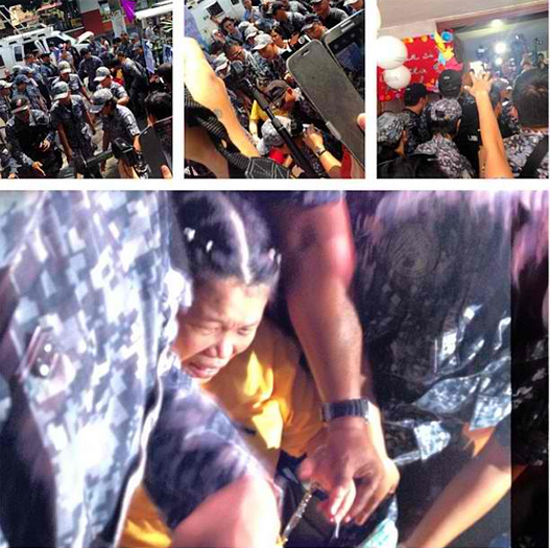 “Hindi mangyayari sa aming mag-ina ito kung hindi ako ikinulong sa kasalanang hindi ko naman ginawa”-— these were the words of Andrea Rosal when asked about her daughter’s death. Amidst rumors and allegations, Andrea made it clear that her incarceration, due to trumped-up and malicious charges, is the one to be blamed for their tragedy. 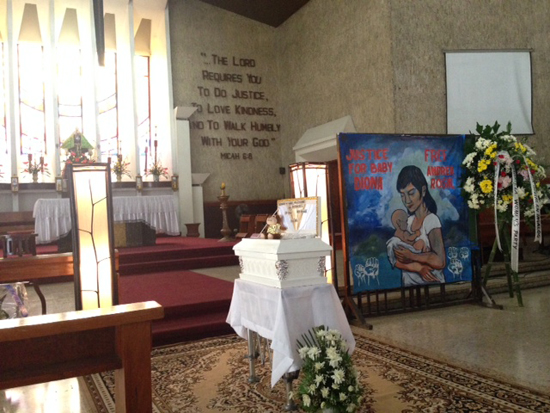 Painful as it can be, Andrea will take some courage to look at Baby Diona inside a coffin—a scenario she never imagined because for nine months, all she ever wanted was to carry her daughter in her bosom. 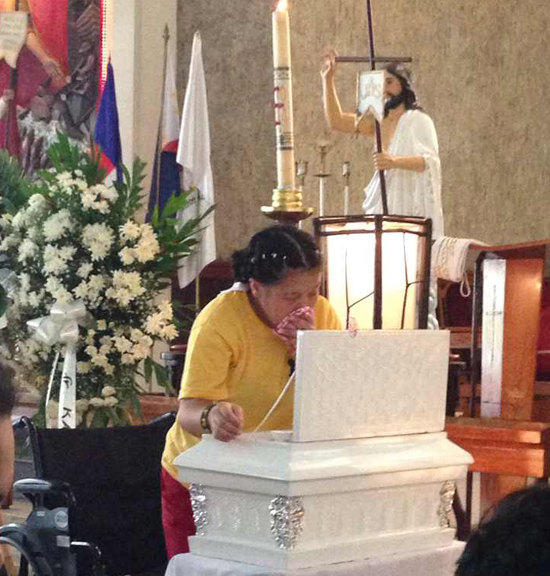 Yesterday, the court granted Andrea Rosal a 3-hour (2pm-5pm) visit to the wake of her daughter. However, the court will not allow Andrea to go to the funeral in Ibaan, Batangas for security reasons.

“How painful it is for a mother to witness her daughter die — a painful event which could have been avoided if only medical attention was promptly given to Andrea, and if she was not persecuted for crimes she did not commit,” said Pastor Beth Tendero, Spokesperson of Free Andrea Movement.

Andrea arrived at the Holy Infant Child Cathedral at 2pm today, with heavy security from the Bureau of Jail Management and Penology (BJMP) and the Armed Forces of the Philippines.

“The short span of time allowed for Andrea to visit her daughter’s wake is rather cruel considering that this would be the last time that she would be with her daughter. The court has not allowed Andrea to grieve for her newborn, even while they were still at PGH. For the last time again, they are depriving Andrea of her right as a mother,” said Tendero.

Early today, the Free Andrea Rosal Movement, KARAPATAN – Southern Tagalog and GABRIELA held a protest action in front of the Department of Justice to seek justice and appeal for the immediate release of Andrea. The Iglesia Filipina Independiente (IFI) in Taft Avenue will lead a mass for Baby Diona, while Andrea is expected to give her statement during the tribute program. 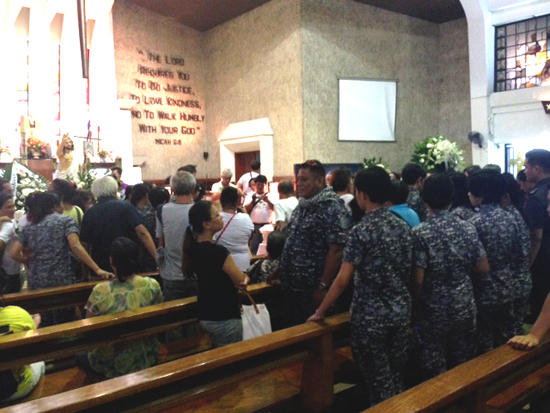 “The struggle now has escalated into demanding justice for the debt of blood on the hands of PNoy, the AFP/PNP and other responsible agencies. We won’t stop until justice is served for Baby Diona Andrea and for the unconditional release of her mother, on behalf of all women and mothers who might fall victim to this government policy of political persecution.”