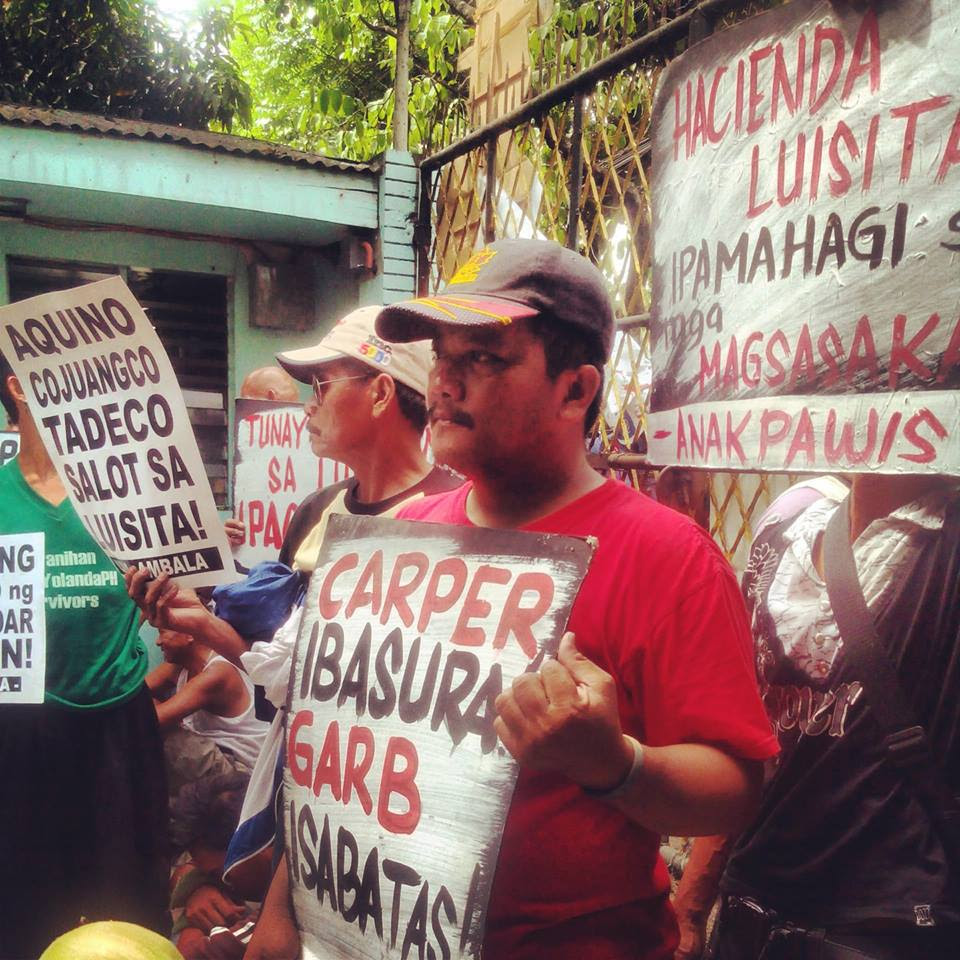 Hundreds of farmers from Hacienda Luisita in Tarlac province stormed the Department of Agrarian Reform (DAR) main office in Quezon City today to protest what they called “hoax land distribution” and the escalating state violence against supposed farmworker-beneficiaries (FWBs) in the dispute-ridden sugar estate.

It has been exactly two years since the Supreme Court (SC) ruled to distribute Hacienda Luisita to farmworkers, slammed the “stock option” as bogus and called for the distribution of the estate of the Philippine president’s estate.

Farmers said their crops were being destroyed and the houses which they put up in the areas covered by the ruling were being demolished.

“Our situation is worse than ever under another hacendero president. The first Cojuangco-Aquino president gave us the bogus CARP and the oppressive SDO. This latest hacendero scion has no qualms dumping thugs, state forces and bulldozers in Luisita, brazenly transforming our ricefields and agricultural areas into walled garrisons. Luisita is under a reign of terror and impunity,” she said.

AMBALA is the main petitioner favored by the 2012 SC decision on Luisita. Sibayan said the DAR has consistently disregarded AMBALA’s for pleas for free land distribution, collective ownership and recognition of their breakthrough bungkalan (tillage) campaign.

Police faced the protesters with shields and truncheons. Here are photos and video clips: 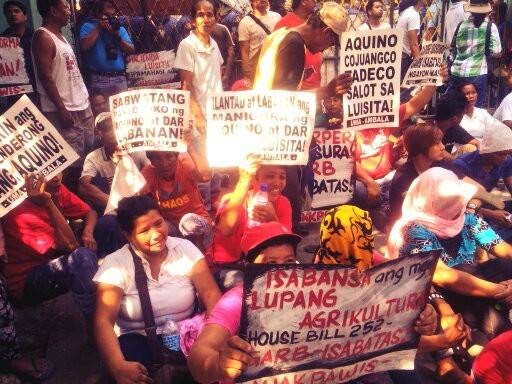 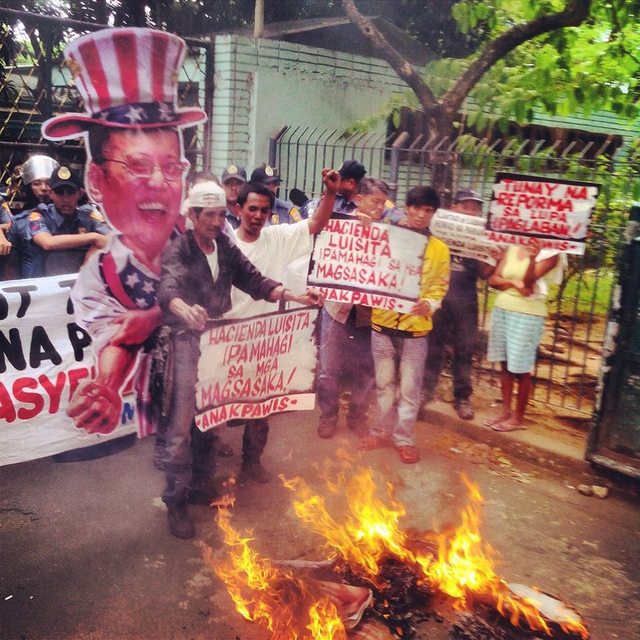 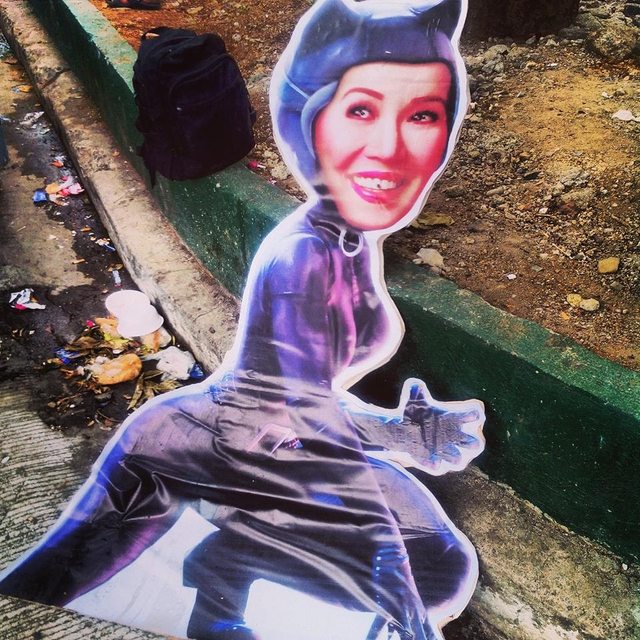 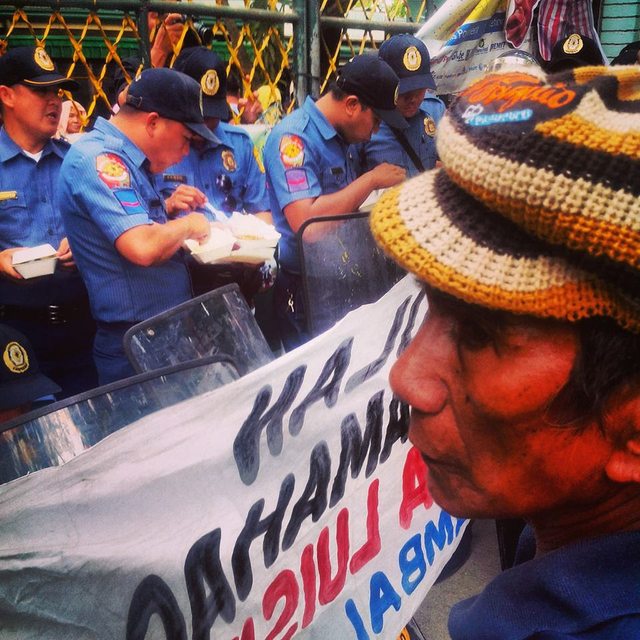 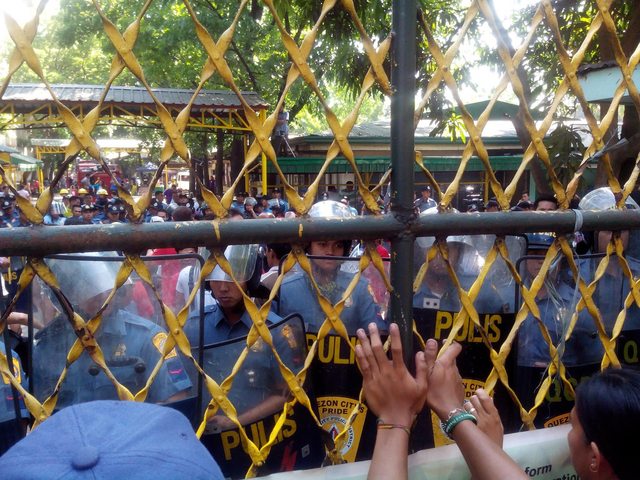 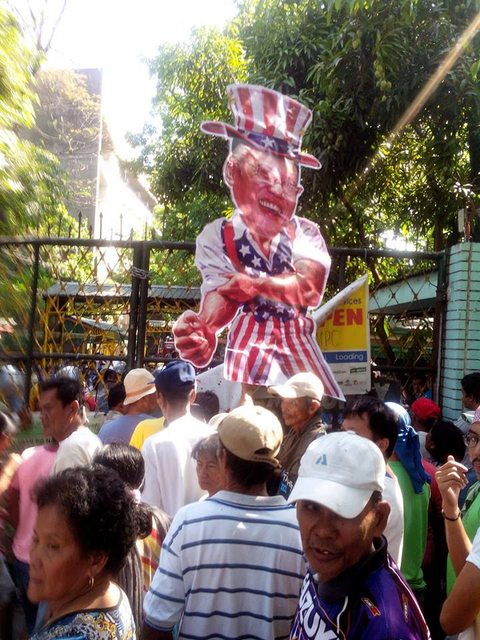