By James Aron Mangun, as originally posted at the Philippine Online Chronicles/Blog Watch

This is how the working day of an average Filipino worker begins and ends. To get to his workplace and prepare before he starts his shift at AM, he wakes up at dawn to get ready. Often skipping breakfast, he hurriedly rushes to the shower and gets dressed up to leave home before sunrise.

Since he most likely works in one of the busiest and largest commercial hubs in the country, part of his daily commute would be passing through EDSA. As the capital’s major thoroughfare, heavy traffic jams and gridlock are part of travel. Due to daily budgetary constraints, the only options available to him would be either the bus or the train. And in order to speed up his travel time, the only sensible option would be taking the Metro Rail Transit (MRT).

When he enters the concourse of the MRT station, he stands behind thousands of other commuters to stand all lined up behind overcrowded and often undermanned booths just to buy tickets. As each overcrowded stops at the jam-packed station, commuters try force themselves inside overcrowded trains, hoping to hitch a ride try by pushing themselves against other commuters. It can take Because of the increasing number of passengers entering the station; it can take an hour before a passenger can catch a ride.

Given that there would be no accidents, power outages and breakdowns along the entire line during the ride, the average worker can make it to work on time. And by the time the average worker gets to work, he is both physically and mentally fatigued even before his shift begins. He then goes through the same cycle after he gets off work on his way home.

Unfortunately, this is the reality for the millions of Filipino workers who commute every day. Going through the pains and hassles of commuting daily add up to the fatigue and stress they get from work. A lot of time is wasted by the average worker on the extra hours spent on commuting. The extra hours are time that could have been used for more productive and leisurely activities. Aside from lost time, heavy traffic and long commuting hours have an economic cost as well. NEDA socioeconomic planning secretary Arsenio Balicasan has stated that the economy loses Php 2.4 billion daily from heavy traffic. The huge amounts lost to heavy traffic could have been spent on other items such as improving social services and beefing up our police.

Incidents like the Don Mariano bus accident that claimed the lives of 22 people last December, a bus crash on the Magallanes bus station that killed 5 commuters a month earlier and an incident a year earlier where an MRT train caught on fire reveals the motley and crude state of public transportation in the Philippines.

The MRT, which was built with a total capacity of 350,000 passengers, has a daily average of 600,000 passengers, double its original capacity. Aside from the usual overcrowding, the MRT is also plagued with a lot of other insignificant issues. Rene Santiago, a civil engineer and current president of Bellwether Advisory Philippines, has expressed concerns over the current state of the MRT.  Immediately after the November 2012 MRT fire, he stated that the MRT was “carrying a 120 percent load factor – very, very dangerous level. And we’ve already had a fire two weeks ago. Expect that to happen more frequently in the next few months,”

He further explained that the current Czech made coaches of the MRT are antiquated and obsolete that were part of the excess supply which were only modernized during the MRT’s construction. Because the original manufacturer of the MRT trains has gone bankrupt, maintenance, spare parts and support cannot be provided on existing coaches. He stated that aside from purchasing newer coaches, the system’s components such as the signalling system and the rails must be rehabilitated and modernized to ensure smooth and safe operations.

EDSA on the other hand, has a maximum carrying capacity of 1,600 busses a day yet 10,000 busses ply through this route daily. 40% of these busses also happen to be operated illegally. Dubbed colloquially as “colorum”, these unregistered busses are mostly antiquated and unsafe which are often the sources of road accidents where passengers are also robbed.

Although several infrastructure projects are currently lined up, the primary focus of these projects is building infrastructure for private vehicles. Although this is aimed at addressing the issue of heavy traffic in the sprawling metropolis, this does not tackle the main problem.

Currently there are several public-private partnership (PPP) projects that focus on improving public transportation. But the government’s slow pace at implementation and inaction serves as a major bottleneck in getting these projects of the ground.

Public transportation is a core component to a nation’s overall economy, as it is the main medium for moving people in large cities. The megacities of today’s world are the centers of commerce and major economic activity in the global economy.

Improving our public transportation system will not only make our lives easier but will help make Metro Manila a more developed 21st century city, leaving these problems in the past.

James Mangun is an avid follower and commentator on current affairs and Philippine politics. In between jobs, he expresses his ideas abd thoughts  through writing for the Philippine Online Chronicles. He tweets at @JamesMangun 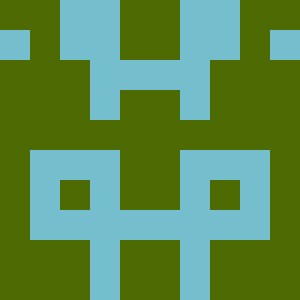 PrevPreviousThe Next President We Want
NextFebruary 11 is the DAY We Fight to STOP Cyber Martial Law, Mass SurveillanceNext