A story of indie solar technology innovation in the Philippines

The next Philippine revolution will be powered by sunshine:
A story of indie solar technology innovation in the Philippines

Everything to do with life on earth has to begin with the sun. Sunshine is what powers microscopic sugar factories inside plant cells, giving rise to a green biomass that feeds the rest of the food web. Even bacteria feeding on sulfur from vents on the sea floor– in pitch-black depths where no sunlight can reach– depend on the sun to warm the earth’s core to produce these underwater chimneys.

The fossil fuels which currently drive our global economy, are, also, indirectly derived from sunshine. Sunshine fed the plants that fed the animals millions of years ago, as it still does today. We have learned how to extract power from coal and oil produced by eons of geological forces working on the organic material of those long-dead plants and animals. This energy-dense source of power propelled the industrial revolution– but not without a price.

We rely on fossil fuels because we think they are cheap. Corporations think of expenses in terms of raw materials and labor, but not in terms of environmental damage and public health costs. These costs, which are subtle, complex, and intertwined with issues of economic and social justice, are difficult to quantify, but we’ve learned enough in recent decades to be worried over the well-being of future generations. Ray Anderson, in his 2009 TED talk about his company’s success due to practicing sustainability, spoke of this concern by sharing the poem “Tomorrow’s Child” by Glenn Thomas:

“Tomorrow’s Child, my daughter-son,
I’m afraid I’ve just begun
to think of you and of your good,
though always having known I should.
Begin I will to weigh the cost
of what I squander; what is lost
If ever I forget that you
will someday come to live here too.”

Ray emphasized that technology can, and should, be used in creative instead of destructive ways. He described the technology of the future as being cyclical instead of linear, renewable instead of extractive, and hinged on resource productivity rather than labor productivity. Fossil fuels are basically highly inconvenient batteries that store solar energy, but take millions of years to produce, and require intense environmental damage to extract and use. Solar technology allows us to forego all that wasteful trouble, and harvest energy directly from the sun– just as plants do.

Our journey towards a sunshine-powered future began in 1839, when the possibility of generating electricity from sunlight was first observed by French physicist Alexandre Becquerel. Nearly half a century elapsed before American inventor Charles Fritts developed the first solar cell, which operated at less than 1% efficiency. Today, solar cells generally range at around 10% to 25% efficiency. Some types actually have a 40% efficiency, but these can only be used in outer space exploration. In addition, the up front costs of solar panels remain prohibitive. The dream of solar power remains out of reach for most people. I figured I’d have to wait many long years before using solar power in my own home here in the Philippines. Recently, I met someone who changed my mind.

Alex Hornstein and Shawn Frayne describe themselves as “two independent inventors who fell in love with the dream of clean energy, everywhere, for everyone.” They ask us to consider their dream: “What if you could have electricity anywhere there was sunlight? What if the charge on your phone could last for weeks, the poorest, most remote homes in the world could have electric home lighting, and adding a USB charge outlet was as simple as slapping a sticker onto a sunlit wall? All of these are becoming possible thanks to microsolar: small solar panels that are small and cheap enough to go anywhere.”

Their project, “The Solar Pocket Factory: An Invention Adventure”, is the first crowd-funded technological advance on Kickstarter. While other Kickstarter projects typically produce works such as books or programs, theirs promises to give backers the opportunity to be part of the solar power democratic revolution. Anyone with at least dollar to contribute can be a backer of their mission to produce high-quality microsolar panels that last much longer and cost much less than the microsolar panels available today.

Shawn’s lab is in Hong Kong, while Alex’s lab is here in Metro Manila. They want their microsolar technology to work here because if they can make it robust and affordable enough to be feasible in the Philippines, then it can work anywhere. He explained that the local environment is not only physically tough, but also resource-constrained, as well as “cynical towards solar panels after a string of bad experiences with cheap, low-quality panels.” These conditions encourage him to work with greater discipline, focus, and resourcefulness. “No one wants us here,” he said. “We don’t get to think, ‘Oh we’re doing to save the world.’ It’s not just that it allows us to focus on lab work– there’s nothing else to focus on. Nobody’s lining up to give us money, nobody knows or cares what we’re up to. Might as well go to the lab and build a factory.” Free from these distractions, he is left to do what he loves best: tinkering and innovating.

Alex considers our country to be conducive not just for innovation, but also for the adoption of this type of innovation. The Philippines has demonstrated previous success in being a trendsetting epicenter for new, low-cost, micro technologies and business concepts such as SMS and sachet products. Microsolar, like the sachet concept, is about taking a product– solar technology– and distributing it in the form of its smallest useable unit– a microsolar panel. The sachet concept, however, increases both waste and long-term cost. Microsolar, while operating on a similar idea, works to reduce waste and long-term cost through the use of clean renewable energy, and high-quality, non-toxic, durable materials. He also mentioned mobile banking, pioneered in Kenya, as another example of a technology that “emerged from a heavily constrained, developing country and made the jump to the rest of the world”. Microsolar, he hopes, will be just as widespread.

While microsolar presents a powerful way to reduce waste, Alex admitted that recycling would be difficult due to the durability of the panels– they have to be encased in sturdy glass to make them last a decade or longer. The materials, however, are non-toxic– no heavy metals– and the product’s long-term durability adds to its sustainability. I suggested creative upcycling instead of conventional recycling. My local artist and designer friends who craft handmade upcycled jewelry and decor from all sorts of things, including obsolete electronic parts, have expressed enthusiastic interest in using old solar panels as materials in their work. Someday, used solar cells will receive a second life and light, shining as beautiful pendants on someone’s necklace. Alex and Shawn’s solar innovation will fulfill Ray’s dream about technology: creative, cyclical, and renewable.

I smiled when I came across a Filipino blogger who wrote about the solar project: “One of my closest friends, Nikko T., is part of this team. After office hours, he goes to their lab and works on ways to make solar energy until the wee hours of the morning. Then he sleeps for a few hours, wakes up, and goes to his day job. Why does he do this? Because it’s his passion. Nikko, along with Alex and Shawn, are super intelligent inventors who use their power for good to help those who are less fortunate.” Alex told me that finding a good local team was another major factor in his decision to work here. Apart from that, he simply said: “I like the Philippines.”

Once, on a solo motorcycle ride through Luzon’s northern provinces, Alex was surprised by a sudden storm and had to seek refuge beneath a tree. He set up a tent of sorts, and proceed to doze. Some time later, he was awoken by mysterious, bright, pulsating light that shone through the thin material of his makeshift shelter. Thousands– perhaps tens of thousands– of fireflies had taken up shelter from the deluge in the branches above him. They were glowing on and off, synchronized, as if led by an invisible conductor. I am unable to imagine this scene without relating it to the luminous work that Alex and Shawn are doing to bring us closer to a sunshine-powered future. 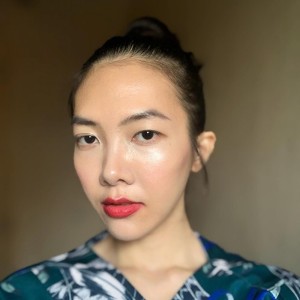 Feanne is a Filipina artist, designer, and singer. She advocates sustainable living. http://feanne.com/

PrevPreviousHOR has yet to let the public fully access the SALNs of all its members.
NextUnited Nations announces worldwide poster design contest for children and young peopleNext