Typhoon of bullets in Mindanao?

I was born in Manila, with a Mother who hails from Cadiz City, Negros Occidental and a Father who hails from Pagadian City, ZDS. I was raised in a city called Pagadian, in Region IX, Zamboanga Peninsula, a region that only sees the light of day in the media whenever there is a negative incident such as bombing and insurgencies, a region that has been tagged to be one of the cradles of terrorism in the country.

I may be half-ilonggo but that does not make me less of a Mindanaoan.

During a class session with my Philippine History, Government and Constitution subject last summer of 2010, it only may have been a passing remark or a light joke from my teacher that she had said that there is “Typhoon of bullets in Mindanao” but it made me uncomfortable while listening to her and see her giggling when she said it, because if we come to really think about it, it has far-reaching consequences and is insensitive.

I say the statement made about the typhoon of bullets is not true on the following reasons:

The ideology of stereotyping Mindanao are brought by the following reasons:

Little did people from outside Mindanao know that this has adverse effects in Mindanao, some of it are:

We can also be a good place where you’ll invest your money. We have booming cities like Davao, Zamboanga, Cagayan de Oro or Pagadian. People in some of our cities have great buying capacities that would make the economy work. Mindanao, in fact, was a great contributing factor on why the Philippines was able to weather the global financial crisis, and this is proven to be true now with how the economy is being affected with the rotation brown-outs that the island has been experiencing.

Sadly, we were just never given the chance because of this misconception.

We are in our full efforts to uplift the image of the Philippines, to achieve holistic development, and to become not one of the 3rd world countries in the world in the future years to come, are we not? But how can we progress as a whole nation if we’re also the ones leaving our compatriots behind, if we’re also the ones putting Mindanao behind?

Isn’t it time we start thinking of Mindanao too? 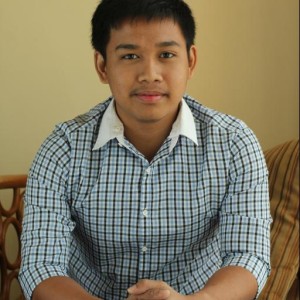