How Powerful Religious Groups in the Philippines are Spreading Terror

In light of the call to pass the Reproductive Health Bill/Responsible Parenthood Bill in the Philippine legislative body, PRO-RH and Anti-RH groups have continuously engaged in heated word war. What’s worse, some key political figures, groups, and institutions have joined the rally and hysterically parading their ideas before the eyes of many uninformed citizens.

I categorize myself as PRO RH Bill advocate but I do not want to be tagged as someone who opposes any type of religion nor religious teachings. So this means I respect the Catholic Bishops’ Conference of the Philippines’ (CBCP) stand on the issue but not completely absorbed by their regressive view on the matter.

Having a religion is not a crime, nor professing yourself as someone connected to a religious group is never a sin. But what makes me wanna punch my computer screen is to see some people who act as if they hold the key that will open the door to the Kingdom of God, that without them we are in an imminent danger of facing doom.

The Bible and other religious books such as the Quran are full of symbolism and I always believe that we need not take their content literally and that these teachings could be valid key to helping us understand God and achieve his greatness. God for me is someone who wants us to succeed, who gave everything for us to prosper and never want anyone to stand in front of men and articulate in conceited speech as if you know all the secrets of heaven. Jesus said once that “its finished” and why are these these self-proclaimed human deities are acting like they’re the next messiah?

I don’t read the Bible a lot but I sometimes get to fiddle my fingers on some pages. In one occasion, I discovered one passage that lead me to believe how God wants us, His people, to see him. God I think dwells within us, he never stay in churches made of stones and steel. The concept of God could be a product of our evolutionary history or probably a more divine event that may have implanted our understanding about God.

10 This is the covenant I will establish with the people of Israel
after that time, declares the Lord.
I will put my laws in their minds
and write them on their hearts.
I will be their God,
and they will be my people.
11 No longer will they teach their neighbor,
or say to one another, ‘Know the Lord,’
because they will all know me,
from the least of them to the greatest.

To be swayed by a religious body about how you view this RH bill doesn’t make you someone who’s using your full capacity given by God to decide on matters that dictates your personal conscience. God wants us to listen to ourselves because He’s inside us.

At the center of your being you have the answer; you know who you are and you know what you want.

God wants us to use our full capacity to govern ourselves and the creation around us but he never want us to suffer just because of flawed religious teaching.

Why CBCP is Terrorizing the Filipino Masses

The long-held reputation of the Catholic Church in coercing resistive societies to the teachings of the church and intellectuals who upset and defy the science believed by the clerics is enough to make them the long-standing terror groups in the world. Remember when Galileo presented his observation of the moons of Jupiter in the early 1600 contradicting the earlier belief that the Earth was the center of the solar system.

Accounts of Galileo’s life detailed his difficulty with the Church leaders with his newly held scientific belief on the movement of celestial bodies in the immediate space. And from this alone, we can see how our local church is repeating that history and how they want people to bask and drown in this theocratic vice.

To coerce and use your political power to force people to destabilize a nation with a dying democracy [just because the people now calls for a more comfortable life, free from dying mothers who cannot afford basic maternal healthcare, and economic difficulty] is never right, never beautiful, and never Godly. 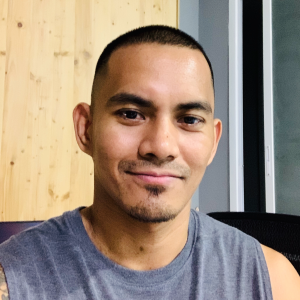 PrevPreviousWhat’s happening in Libya? Please President Pnoy please save the OFW
NextImpeachment is not about melodrama or theatricsNext