Statement on sanitized speech of Duterte in Sulu 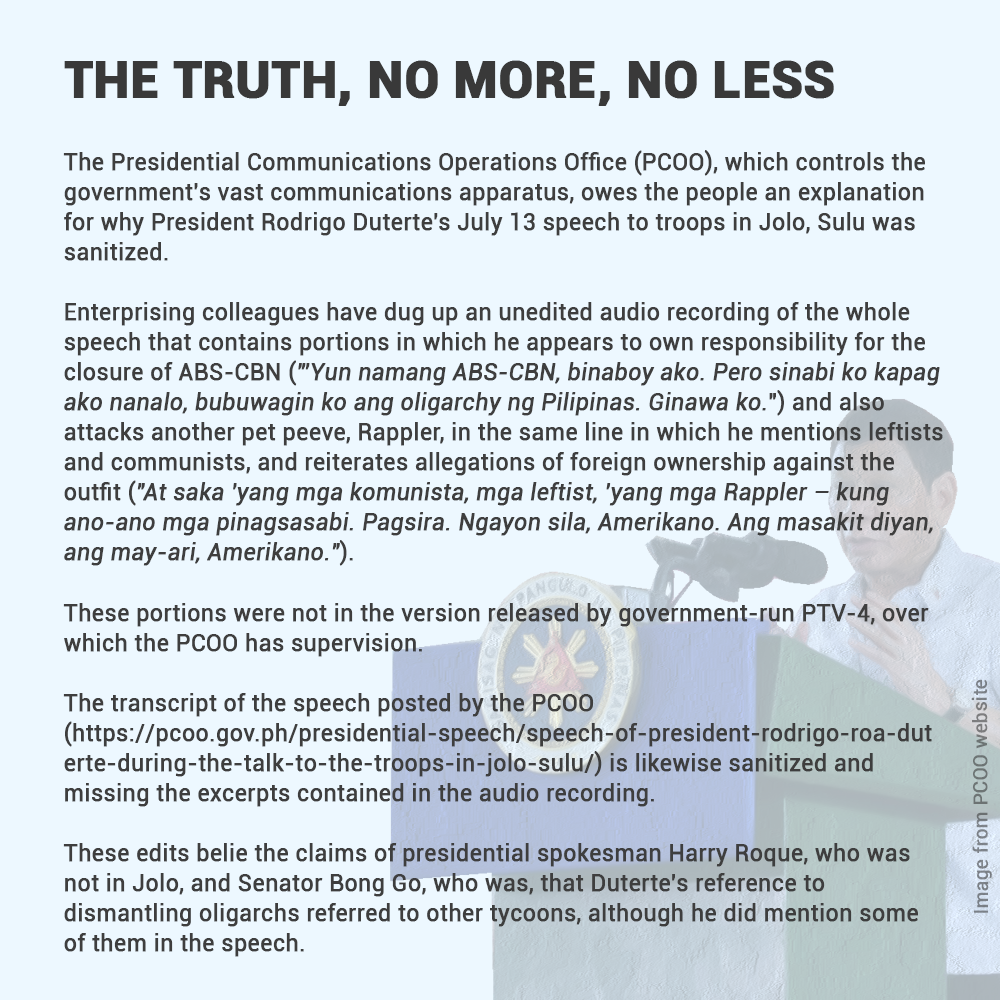 Here is a statement on the sanitized speech of President Duterte which was uploaded in the PCOO website. I signed along with media and individuals.

The truth, no more, no less

The Presidential Communications Operations Office, which controls the government’s vast communications apparatus, owes the people an explanation for why President Rodrigo Duterte’s July 13 speech to troops in Jolo, Sulu was sanitized.

These portions were not in the version released by government-run PTV4, over which the PCOO has supervision. 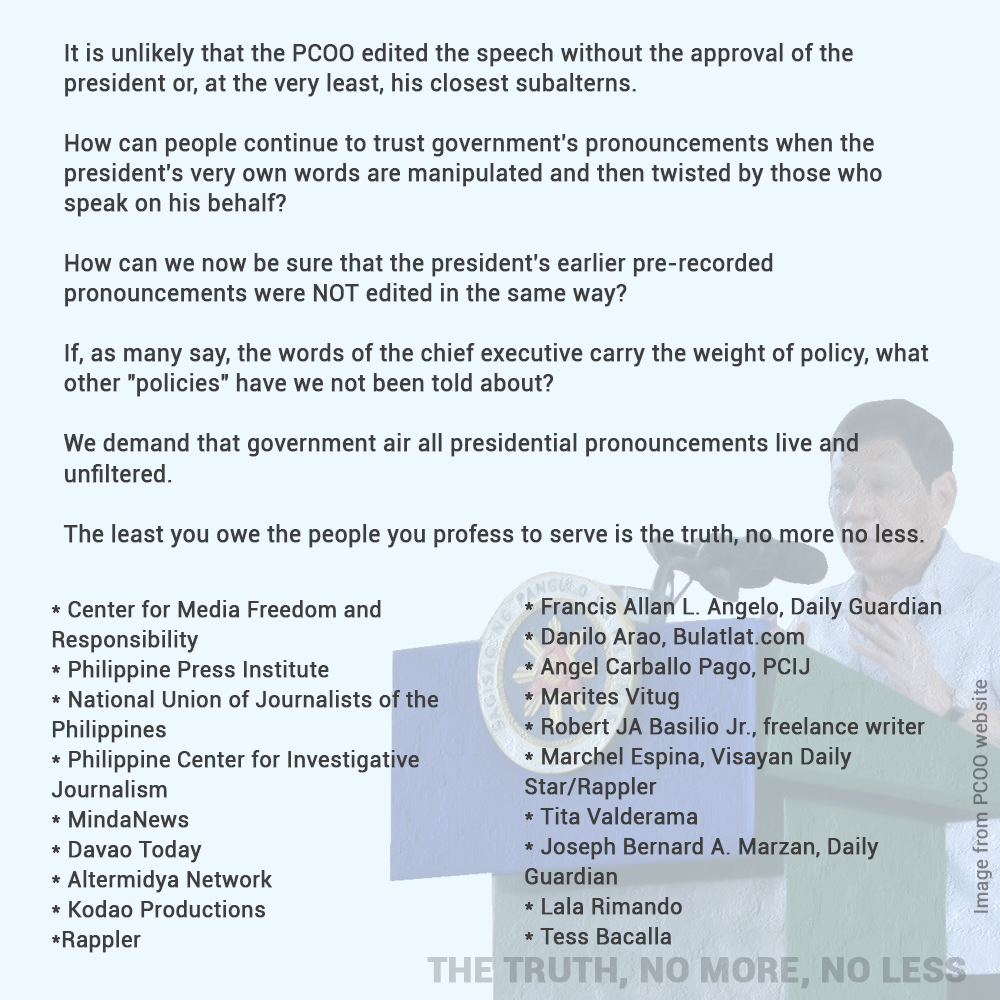 The transcript of the speech posted by the PCOO (https://pcoo.gov.ph/presidential-speech/speech-of-president-rodrigo-roa-duterte-during-the-talk-to-the-troops-in-jolo-sulu/) is likewise sanitized and missing the excerpts contained in the audio recording.

These edits belie the claims of presidential spokesman Harry Roque, who was not in Jolo, and Senator Bong Go, who was, that Duterte’s reference to dismantling oligarchs referred to other tycoons, although he did mention some of them in the speech.

It is unlikely that the PCOO edited the speech without the approval of the president or, at the very least, his closest subalterns.

How can people continue to trust government’s pronouncements when the president’s very own words are manipulated and then twisted by those who speak on his behalf?

How can we now be sure that the president’s earlier pre-recorded pronouncements were NOT edited in the same way?

If, as many say, the words of the chief executive carry the weight of policy, what other “policies” have we not been told about?

We demand that government air all presidential pronouncements live and unfiltered.

The least you owe the people you profess to serve is the truth, no more no less.