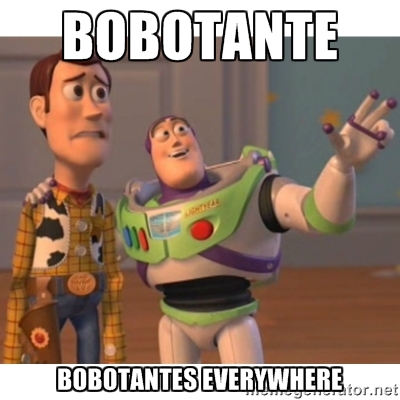 Two politicians are almost certain to be at loggerheads in the presidential race in 2016. One has virtually been declared a candidate by his mother, his followers and the officials of the partisan ruling party of which the sitting president is a bonafide card-bearing member thus signifying likely endorsement if not the logistical, machinery and monetary support of the state which the latter controls.

The other is Vice President Jejomar Binay, the highest ranking leader of the opposition and an erstwhile target of a well-funded, professional and elaborate multimillion peso demolition job that seems to be successfully chipping away at his long-standing popularity.

Unhappy with these choices, somehow we’ve collectively decided on a third option. At least it seems that way given latent surveys and polls.

What we know about Senator Grace Poe-Llamanzares projected forward as the highest official of the republic, she being our compromise option, is very little. Very little indeed. It so little that our knowledge might well be labeled ignorance.

To vote on the basis of ignorance, or worse, on the basis of a surrender to contrived imagery, created either by spin doctors or our own desire to give posthumous justice and a warped sense of vengeance against traditional politicians which Llamanzares certainly is not, would still be along the lines of mainstream “Bobo”.

The simplest way to avoid the label is to simply deny it. filipinos are masters of self-delusion given that it is integral to our legendary resilience. We’ve fooled ourselves before. Perhaps several times too often.

For some, the fact that we picked Benigno Aquino III over Joseph Estrada, an actor and a convicted albeit pardoned plunderer, in 2010 is indicative of our growing political maturity. If, by the basest of benchmarks we consider it mature to pick white over black. Indeed, both political persona are miles apart, the difference, then akin to day versus night. A Pavlovian hound can pick just as well. Chimpanzees, perhaps even better.

Aquino, in 2010, represented a drastic change in the kind of leadership we were going to install at Malacanang. Estrada, a former president, was iconic of past politics at the very least. That he was also an actor had widened the differences even more. Never mind that all throughout the archipelago we also elected a slew of former actors, comedians, gameshow hosts and clowns, not just to the smallest municipal council but also to the House of Representatives and the Philippine Senate.

Some imagine the choice to choose Aquino was political maturity. Perhaps it was. It depends on our measure for maturity.

For others, the fact that we picked a candidate who we thought was squeaky clean against another anointed by one of the most reviled and one we imagined had tipped the scales of corruption is likewise indicative of growing political maturity. While the administration candidate, then Defense Secretary Gilbert Teodoro, was, by far, infinitely unsullied, qualified and competent, unfortunately, he bore the mark and anointment of his endorser and that was enough to taint him in the myopic eyes of a spin-blinded one-dimensional and hatred-filled electorate that saw only what it wanted to see.

In the first instance, we picked a senator over an aging actor. That should be good, shouldn’t it? Never mind the finer details like one was a total unproductive politician whose only task was to protect family interests, while the other administered one of the most productive local government units in a growing metropolis. In the second instance, we picked someone we thought was honest against the candidate endorsed by an incumbent who would spend the following years defending herself against corruption charges. Are these instances of political maturity? Never mind that latent reality pointed out in quite alarming detail how our taxes were stolen from budgeted and programmed uses then malversed to a coterie as nourishment for political patronage.

Were those choices intelligent? Indeed, are we now rid of the label “Bobotante”?

Or are we still “Bobotante”?

Yes, it is derogatory. Yes, it hurts to called that. Indeed, the term evokes profound stupidity and even deeper consequences that run through the Filipino psyche spreading through its cerebral veins and throbbing through its cranial arteries only to eventually surface all-too-often and ever so untimely in the debilitating political and economic crises we constantly face because of the clowns and characters we elect to high office. Many place the blame on the elected official for our problems. But we elected them. We elected a total incompetent once. We also once elected a buffoon to the highest office. We followed that up with a crook. And then we reprised our folly and installed another incompetent. This one surrounded by crooks.

Note the pattern. It looks like we’re about to elect another crook by the likes of it.

The term “Bobotante” – an unfortunate mix of “Bobo” meaning stupid, and “botante” meaning voter – is indeed insulting, and even unpatriotic given a populace that has little left of its identity and dignity that its remnant right of suffrage will likewise be tainted, as it had always been tainted, by the indignity of a shibboleth such as “Bobotante” that describes the Filipino voter as stupid.

The dilemma straddles the choice between realizing just how stupid our choices have been and continue to be versus steadfastly and blindly adhering to the idea that we remain a people developing from being a mindless electorate to maturing with pride, dignity and profound intelligence despite of our pathetic political choices.

Simply look at the way 2016 is shaping up to be. Look at the choices facing us and the candidates who’ve long been a part of the 2016 equation and those who, through the articulation of our own desires culled, not so much from reasoning or rationale thought, but more from daydreaming and falling starstruck by contrived images on a silver screen that is larger than life and definitely larger than our pathetic little lives, we now find ourselves importing from our dreams the facsimile of a dead albeit heroic icon.

Are we still so deeply immature and stupid in our electoral desires that we should transpose our deep-set desires formed out of a celluloid ghost and then fool ourselves into thinking and imagining in our waking hours that we’ve actually matured, reasoned out and discerned?

Faced with a possible facsimile of a deceased movie icon, a moneyed albeit a spin and publicity contrived traditional politician and a veteran local government administrator and political oppositionist, in 2016, the choices and our eventual vote will reflect whether we remain stupid and immature, or indeed, if we’ve finally shed the label “Bobotante”.

Photo via Facebook and Bobotante meme. Some rights reserved.