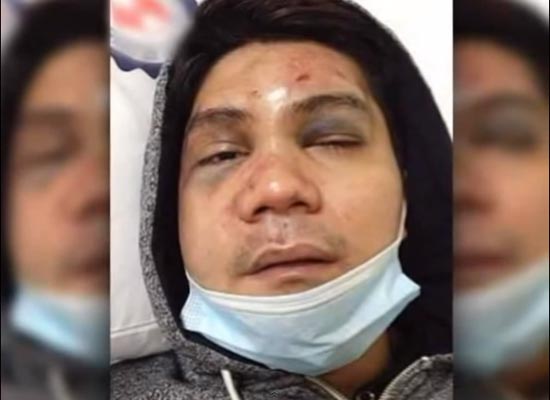 So what’s our beef on all these “Bong Vhongs?” It’s not really that much. It’s just that we find it funny how showbiz and politics are really one and the same in this country. Senator Bong Revilla seemed to have pulled off all kinds of acting, directing, staging, and theatrics in his privilege speech. He even brought an array of supporting casts complete with the father in a wheelchair and in tears. In the case of Vhong Navarro, his political support came through “best friend” Senator Jinggoy Estrada. His party also managed to enlist the support of the Department of Justice, no less, as the Secretary of Justice herself expressed how the case merited a probe.

The resonating Bong and Vhong incidents show the kind of boo-boos people commit at the spur of the moment. Senator Jinggoy Estrada’s “Chinese mafia” comments about Cedric Lee have apparently been removed from the Internet by now. Senator Revilla’s privilege speech has backfired as his father is now being included in the corruption investigations. Even the graft accusation on Ballsy Aquino proves to be another thorn to Revilla’s political predicament. Indeed, showbiz and politics are now almost inseparable in the country. Politicians love to get involved while entertainers also participate in political matters. Not that it’s a major problem – it’s just that fiction, theatrics, and drama are now enveloping both political and entertainment goings-on.

“Bong Vhong” also has a lot to say about Philippine society. The flooding of comments and discussions on social media shows how people care about everything that’s happening in the country, to the point of becoming trivial and niggling.

It’s disheartening to know how a case of possible extortion, blackmail, and rape can be turned into an issue of network wars. Fans engage in persistent comment exchanges to try to defend or attack Vhong Navarro or the opposing parties in the hopes of besmirching another TV station’s reputation. It couldn’t get any pettier.

ABS-CBN broadcaster Karen Davila’s open support for Vhong Navarro also betrays her responsibility as an impartial journalist. How can she objectively interview the parties adversarial to Navarro if she has already formed her judgment on the case? We understand that journalism involves something called slant but it doesn’t appear palatable for a broadcaster to openly choose sides.

The pathetic attempt of Vhong Navarro’s manager to dismiss the existence of a blotter shows the kind of mentality showbiz people have. They seem to be programmed to get rid of the possible negative buzz instead of inquiring about the issue first before coming up with the rights words to convey to the public.

It’s also worth pointing out how ABS-CBN tried to milk on the Vhong issue by airing a cliffhanger interview that was obviously designed to lure in more viewers. The pathetic “Maalaala Mo Kaya” musical scoring of the interview also smacks of tastelessness.

Moreover, now we have exposed another case of police incompetence. How come those who attended to the blotter filing weren’t that concerned on the situation of a badly beaten up Navarro? How could they simply shrug off a possible rape case when the accused himself even had a de facto admission with his signature on the blotter?

Also, the public’s reaction to the Bong and Vhong problems(as observed through comments on news articles and social media posts) shows apparent immaturity. More people are still more concerned about irrelevant details instead of discussing the issues that really matter. Reactions remain to be personality-based instead of issue-based.

Hopefully, these new noises teach the public something about how not to do things. Bongs are not very pleasant noises after all. It’s time to have that bell replaced and for people to change mindsets on how to react to hyped up public issues and political theatrics.