“Canada has earned a reputation for being able to have a strong, sometimes frank, sometimes firm discussions on rule of law and human rights with parters around the world. It’s very much what people expect of Canada” – Canadian Prime Minister Justin Trudeau

Many are charmed by the Canadian Prime Minister Justin Trudeau . I find some of his social media posts too staged and a turn off especially since the trash issue is not yet resolved.  I am also charmed by his good looks but I will be more impressed if his statements at the press briefing will have more substance. While everyone was thrilled with the press briefing, I looked forward to his stand on critical issues facing Association of South East Asian Nations (ASEAN) and our country.

Trudeau talked to President Duterte just before the start of the 9th ASEAN-Canada Commemorative Summit, a few hours before his press briefing.

“As I mentioned to President Duterte, we are concerned with human rights, with the extrajudicial killings, impressed upon him the need for respect for the rule of law and as always offered Canada’s support and help as a friend to help move forward on what is the real challenge.”

“We know that talking about human rights is an essential part for a path forward. It has to be done in an honest and frank way. But it has to be done. We have to talk about the high expectations we must have to protect life, to uphold the rule of law, and human rights.”

Trudeau talks about this at the 8:38 mark in the video below:

According to Trudeau , “Canada has earned a reputation for being able to have a strong, sometimes frank, sometimes firm discussions on rule of law and human rights with parters around the world. It’s very much what people expect of Canada”.  Canada also faces issues with human rights. Trudeau added that  “we are the first to mention that we are not perfect either – that indigenous peoples in Canada has suffered [from] neglect marginalization, and mistreatment for decades, if not centuries.”

I am impressed. Plus points on raising human rights issues. 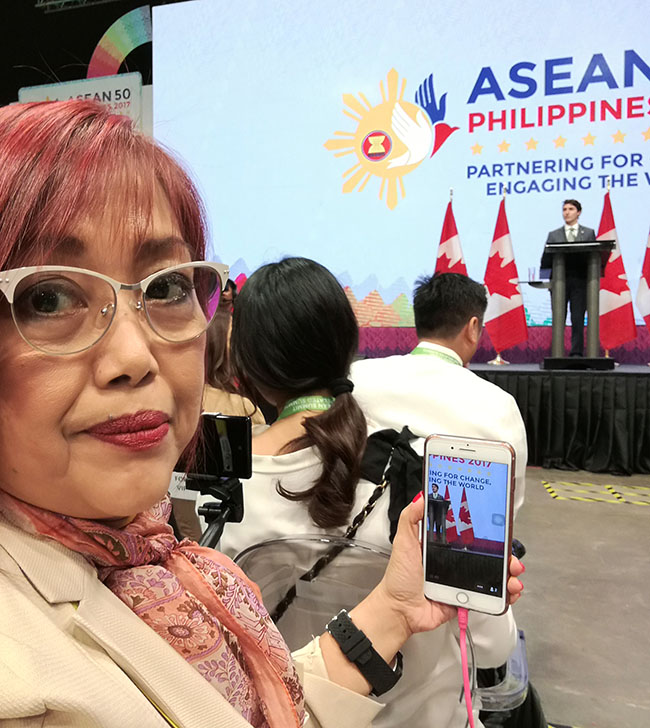 How did Duterte respond to this?

Trudeau mentioned that Duterte was “receptive” and their conversation was “very cordial and a positive exchange.”

I had strong doubts that President Duterte would be “receptive” or “positive”. Maybe our President was just being diplomatic. Nine hours later, media attended a press conference by President Duterte after the closing ceremony of the 31st ASEAN Summit and Related Summits and he was asked over his reaction to Trudeau’s comments. Before giving a direct answer,  Duterte lectured about this document listing all the bad effects of drugs like methamphetamine, cannabis, cocaine and Ecstasy . 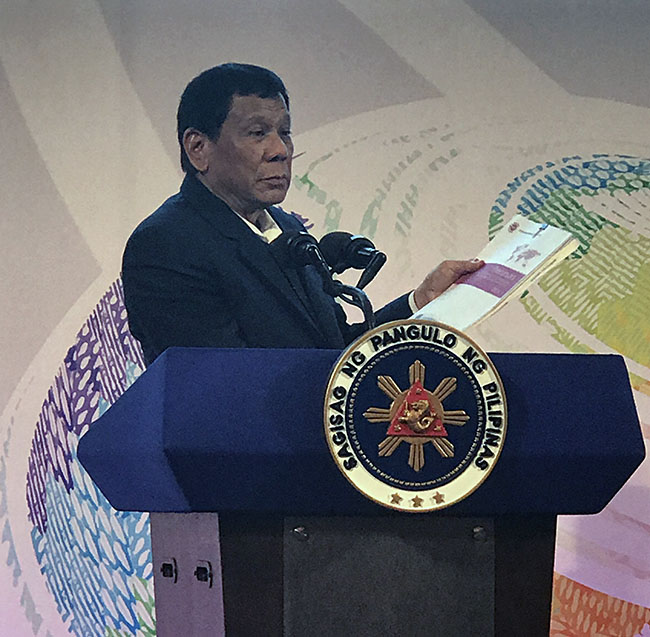 Towards the end, his response to Trudeau was “I said I will not explain. It is a personal and official insult. That’s why you hear me throwing out curses and epithets.”  Duterte said Trudeau was only informed about the extrajudicial killings without even being informed about the details of the incidents.  The Philippine government should be given the “simple rule of the right to be heard” and advised Trudeau  to “not to get documents from the oppositions and the communists because they were all falsified.”

As Ellen Tordesillas wrote in her article, ” Trudeau outclassed the 20 leaders who attended this year’s East Asia summit especially U.S. President Donald Trump . To think that Canada is not yet a member the East Asia Summit. He is here as guest of the ASEAN chair, this year being the 40th anniversary of ASEAN-Canada relations.”

I am glad the human rights issue was brought up briefly by a world leader even if  “ASEAN chose to ignore its socio political mandates of promoting Human Rights,” according to Ifugao Representative Teddy Baguilat, a board member of the ASEAN Parliamentarians for Human Rights.