RE: Is the Ateneo de Manila a truly Catholic university?

[ This is in response to a recent post in Inquirer Opinion. Blockquoted text is directly from the post. ]

Very recently, the Catholic Bishops’ Conference of the Philippines (CBCP) voiced its disappointment with the position paper signed by at least 160 Ateneo de Manila professors (192, according to its vice president) who support the Reproductive Health bill. This big number of pro-RH bill teachers (not 5 or 50 but at least 160!) is more than enough to influence, wittingly or unwittingly, its studentry into gradually embracing the RH bill. School officials, however, made a blunder by keeping silent about this position paper. Ateneo de Manila could have easily (and immediately) issued a disclaimer to that position paper, if it had wanted to. But it did not. Why?

The number of people is not so significant as the subjectivity of the number; if the author intended to be objective, putting that number into perspective–i.e. in a percentage–would have made the difference. A thousand people is a lot until you consider that there could be thousands upon thousands of people. In the context of Ateneo, I am fairly certain that 192 is not even a majority.

While the influence of the environment is undeniable, I beg to disagree with regard to a disclaimer. The professors expressed their views as themselves, not as representing the university; it would be fallacious to assume that just because they are professors at the Ateneo, and that because they support the RH Bill, that they would a, impose this view on their students; b, represent the university in its entirety; and c, be taken as a mass unit instead of individuals who got together to express their views in the first place.

The University released no official statement; ergo a disclaimer is not even called for. Personally, I think the mere suggestion is completely baseless.

It was only after a Catholic bishop expressed his utter disappointment over the professors’ pro-RH bill position paper did the university president, Fr. Jett Villarin, SJ, issue a statement to the effect that Ateneo de Manila supports the bishops in the fight against the RH bill. It was funny though that a few days after, the vice president for the university’s Loyola Heights schools came out with a statement saying that “we find no reason to investigate or take action against the 192 faculty members.” What now of Villarin’s statement? All empty talk?

That would tend to be the point of reactions; the statement was released because of the sudden move by a Catholic bishop. Should Fr. Jett Villarin have released a statement pre-emptively? The reasoning behind calling Fr. Jett out on a statement post facto is comparable to that of asking someone why they’re wet before throwing water balloons at them.

By not investigating the pro-RH professors, Ateneo de Manila officialdom in effect is telling them to continue with their pro-RH stance in the guise of going through discernment and an intellectual exercise. Tolerance means conformity. Or Ateneo de Manila, because of its passion for unrestrained dissent in matters of faith and morals, conveniently serves as a breeding ground for heresies.

Despite being the shortest paragraph in the post, this is riddled with fallacies.

First off; the fact that the professors have a stance means that they have thought about the issue, have considered all the factors and things that come into play, and have come to a conclusion that at least makes sense to them. It is an exercise in discernment precisely because it is the result of critical thinking—an inherently intellectual activity.

Third, the Ateneo de Manila University—dare I say it—seeks to disturb its constituent populations precisely with critical thinking skills. This so called “unrestrained dissent” does not exist, simply because dissent is a practice in communication, and restraint is at the mercy of each person. What’s ironic is that in my opinion, this post is more unrestrained, and it caters to a much wider audience—dissent—through the branding.

Fourth, the only breeding ground for heresies is the soil of ignorance.

Ateneo did not know? It’s not as if the controversial position paper was prepared in just one night. It is almost certain that months and years of inaction and tolerance (described as “opportunities to discern”) by Ateneo de Manila over seeming heresies to take root in the campus finally led to the pro-RH position paper. A stand—whether authorized by the school or not—taken by one teacher in a school can always be (mis)construed by an innocent student as probably right. More so, with the position paper of the 160 Ateneo professors. Or, was Ateneo de Manila just too preoccupied with defending its basketball championship crown?

Here’s where the reasoning blurs a little. I am not sure where to begin because this paragraph takes into consideration so many things—some are even questionable at best.

“Ateneo did not know?” What should Ateneo have known? Personally, I don’t know what this question is referring to, or if it is even structured like an actual question.

“It’s not as if the controversial position paper was prepared in just one night.” Obviously, it takes copious amounts of discernment to come up with an official statement. I’m glad there’s something to agree about.

“It is almost certain that months and years of inaction and tolerance (described as “opportunities to discern”) by Ateneo de Manila over seeming heresies to take root in the campus finally led to the pro-RH position paper.” I don’t even know where to begin with the grammar and structure of this one. Also, scare-tactics are used so frequently in one section, that I’m more scared about losing the point—“months and years of inaction and tolerance” (emphasis mine)? Tolerance is so scary.

“A stand–whether authorized by the school or not—taken by one teacher in a school can always be (mis)construed by an innocent student as probably right.” The use of a (semi-ironic) tone is clever, but the fact that there is a “whether” segment in there means that the author acknowledgesa major fault in their own argument. Also, this statement is way too hypothetical to take into consideration. I would like to believe that students are actually capable of making their own decisions—I hope.

The attempt at satire failed spectacularly; basketball afficionados are also being indirectly targeted in this post.

Therefore, my simple suggestion is to form an independent audit committee/team, ad hoc in nature, whose members are to be selected by the CBCP to once and for all determine, definitively, if indeed the Ateneo de Manila (and all Catholic schools for that matter) truly deserves the title “Catholic” and to be allowed to use the term in their vision-mission statements. The university should not fear this independent body as it will provide its officials the opportunity to disprove the foregoing allegations.

Ambiguous terminology–“ad hoc in nature,” it says. The only goal it mentions is “to once and for all determine, DEFINITIVELY, if INDEED the Ateneo de Manila (and all Catholic schools for that matter) truly deserves the title “Catholic” and to be allowed to use the term in their vision-mission statements” (emphasis mine). What are the criteria? Is the definition of Catholic so specific that it excludes supporters of the RH Bill? Remember the Dark Ages?

That aside, this paragraph offers a, no substantial solutions; b, no clear definitions; and c, no point. I will assume that this is a restatement of the first paragraph, because the structure would lead me to think that is so.

“The university should not fear this independent body as it will provide its officials the opportunity to disprove the foregoing allegations.” Meaningless fancy-ass terminology aside, the University is its own independent body. No outside parties could impose their policy on it without the acceptance of the University first. Also, this solution is not a favor; the author ought to stop believing that them sharing (imposing?) their opinion is actually helping us. Messiah Complex much? 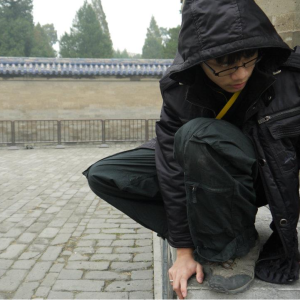